Veteran star died at the age of 67 on Thursday morning after losing battle to Leukemia
Entertainment Desk April 30, 2020 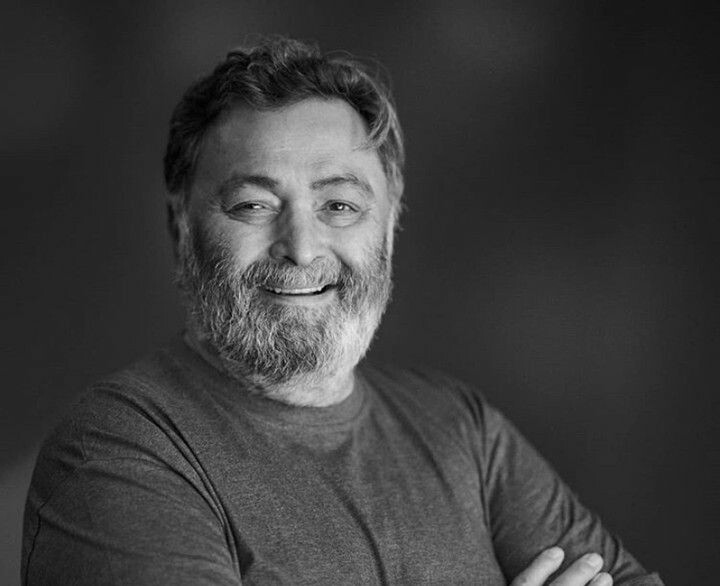 PHOTO: INDIAN EXPRESS
Bollywood veteran Rishi Kapoor has passed away at the age of 67, according to Hindustan Times.

The actor was hospitalised on Wednesday morning after he complained of breathing problems. According to reports, Rishi had been admitted to Sir HN Reliance Foundation Hospital in Mumbai. His wife, actor Neetu Kapoor was with him in his final hours.

Soon after the news of his death broke, many Bollywood stars took to social media to pay homage. Here's what they had to say:

It seems like we’re in the midst of a nightmare...just heard the depressing news of #RishiKapoor ji passing away, it’s heartbreaking. He was a legend, a great co-star and a good friend of the family. My thoughts and prayers with his family 🙏🏻

My heart is so heavy. This is the end of an era. #Rishisir your candid heart and immeasurable talent will never be encountered again. Such a privilege to have known you even a little bit. My condolences to Neetu maam, Ridhima, Ranbir and the rest of the family. Rest in peace Sir. pic.twitter.com/TR6GVSN4m7

Unbelievable that such a warm human being-Rishi Kapoor is no more!Recall all my movies with him Ek Chadar Maili si, Naseeb etc &under my direction,Tell me oh Khuda. Such a lively interaction with him always!My heart goes out to dear Neetu, Ranbir & all his family. God be with thm

You will always be in our hearts sir. Your charm your warmth and your unforgettable performances will give light to us all in the darkest moments. Deepest condolences to Neetuji , Ranbir and the entire family. pic.twitter.com/QsLYZ9ee0B

This cannot be true! Rishi sir was my favourite man,and favourite co-star ever! I still remember being nervous around him in Shuddh Desi Romance. He would put me at ease and treat me just like a friend! Will never forget every advice,every joke he told.❤️ #RIP #RishiKapoor pic.twitter.com/dfIi935I0v

Am devastated, heartbroken... King of charm, King of Romance, the legendary actor Rishi ji just said ‘pack-up’. Not fair Sir, you said we will do a film together.... just not fair. pic.twitter.com/EJjJnuSThW

Been trying to write something n I can’t put my mind n hands in sync. More like the heart in between is just not able to comprehend this. That laugh, that sense of humour, the honesty and even the bully he was , will be missed. No one like you #RishiKapoor

Absolutely heartbroken. This is an irreparable loss. To the film industry. To the audiences. And to all who were blessed enough to know him personally. Love you Rishi uncle. #RIP

I'm at an absolute & total loss for words.Holding this phone in disbelief. Yesterday Irrfan and now .... Gutted , sad , heartbroken .I truly believed you'll come out of this .You will be missed , Sir . RIP . Om Shanti.

This is devastating! Had literally grown up in front of him, like part of my family! Words can’t express my feelings right now, imagine what millions of his fans must be going through! A truely gifted natural genius! RIP chintu uncle...you will be missed!

I've had the honour of working with Rishi ji. A larger than life person, so outspoken yet so warm. We have lost a brilliant actor today. Still can't believe it.. absolutely heartbroken. My prayers are with the family during this tough time.

Waking up to a news like this is gut-wrenching! 😢A legendary actor, loved by millions of people around the world has just left us. Your style, brilliance, your smile, and joie de vivre... will be dearly missed, Rishi ji❤️ Your legacy will live on for generations to come. My heart goes out to @neetu54 ji & the entire family in this tough time!🙏🏻 #RishiKapoor #RIPRishiKapoor

Absolutely shattered and heart broken to wake up to the news of the loss of Rishi Kapoor Ji, one of the liveliest persons amongst us. The last time when I met him in NY, he was fighting the battle like a boss, with Neetu Ma’m by his side and a smile on his face. This is utterly tragic and incomprehensible. My condolences to Ranbir, Neetu Ma’m and the entire family. May his soul be resting in peace and raising a toast to a life well lived with the Gods in heaven. 💔

Ray | 2 months ago | Reply | Recommend Rishi Kapor represented his family well and embodied the culture of his ancestors who despised in Bolywood for being pathans from Peshawar...If one man represented that culture it was Rishi a big hearted pathan w love and affection for all and honesty and integrity above everything else. To me they always tried to remember and honor the culture and I am sorry that he last wish to visit homeland in Peshawar couldn't come true...I hope we live to see the day that at least his children would be allowed to come and visit their home. He loved India but equally loved Pakistan and hence I will like to remember for his qualities of what a great Pakistan pathan would look like....open hearted man who lived the big life according to his own rules...it is heart breaking to see two of Indian cinema 's best voices will be silenced now forever...Irfan and Rishu...RIP
Replying to X
Saved ! Your comment will be displayed after the approval.
Error !
Error! Invalid Email.