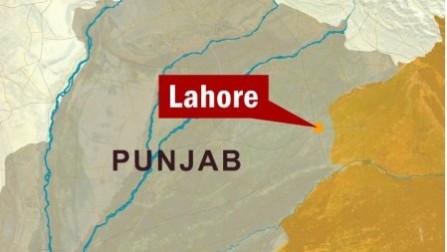 LAHORE: Beenish, the 13-year-old daughter of the rickshaw driver, who gave poisonous pills to his family members, died yesterday at the Jinnah Hospital ICU – leaving behind her mother, a sister and a brother out of her seven family members.

Her mother, Muzamil Bibi is is reported to be in a critical condition.

Dr Javed Akram, the chief executive of Jinnah Hospital, said that Beenish’s both kidneys had stopped functioning because of the poison.

He said she was had been in critical condition since Wednesday night. She was put on the ventilator but could not be saved.

SHO Chung Police Station, Afzal Sindhu told The Express Tribune that they had not taken any legal action as the relatives of the deceased had not initiated any step in this regard. He said, that it seemed to be an open-and-shut case of suicide. According to Sindhu, Muzamil Bibi had recorded her statement briefly saying that they had no enmity with any one and confirmed that they had committed suicide after taking pills, which her husband brought. He added that once she recovers, the police will investigate more.

The SHO said that Muhammad Akbar, the deceased, had to pay off a loan of Rs160,000 with interest, which he had taken from someone in the same locality. Sindhu said that though Akbar had sold gold jewellery of his sister-in-law (the wife of his brother), he had been unable to pay off the entire loan. “His brother was also demanding money because Akbar sold off his sister-in-law’s jewellery without telling him. All this compelled him to commit suicide with his family.”  Beenish’s two siblings – five-year-old Ali Raza and three-year-old Ayesha – were not given poisonous pills by Akbar.

Funeral: The bodies of Muhammad Akbar Shah (40) and two daughters, aged three and 12, were taken to the family village of Shahpur Kanjaran late Wednesday night. Their funeral was held amid relatives, neighbours and friends. They were buried at their ancestral graveyard.