There is no eviden­ce pets can spread the virus to humans, accord­ing to US health author­ities
By Reuters
Published: April 23, 2020
Tweet Email 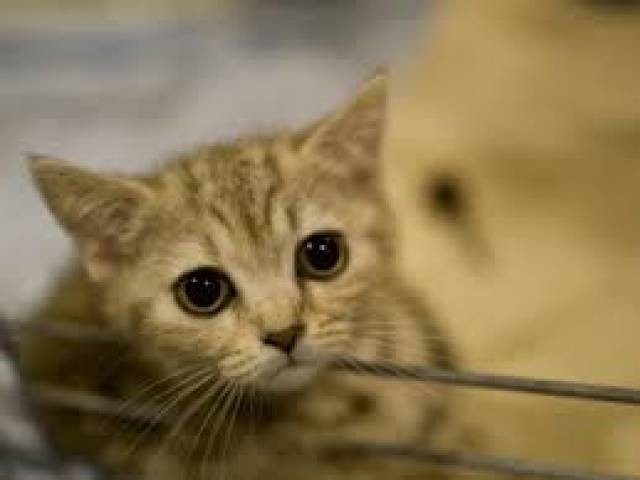 Two cats in New York have become the first pets in the United States to test positive for the new coronavirus but there is no evidence pets can spread the virus to humans, according to US health authorities.

The cats, from separate areas of New York state, had mild respiratory illness and are expected to make a full recovery. It is believed that they contracted the virus from people in their households or neighbourhoods, according to the US Centres for Disease Control and Prevention (CDC).

“Animals, pets, can get infected. … There’s no evidence that the virus is transmitted from the pet to a human,” Dr Anthony Fauci, director of the National Institute of Allergy and Infectious Diseases, said at the daily coronavirus briefing.

There are few known Covid-19 infections of pets globally. According to the American Veterinary Medical Association, one cat in Hong Kong tested positive without displaying symptoms, while a cat in Belgium recovered nine days after falling ill.

Five tigers and three lions at the Bronx Zoo in New York have also tested positive for Covid-19, including one tiger who never developed a cough, according to the Wildlife Conservation Society, the non-profit which runs the zoo.

“Our cats were infected by a staff person who was asymptomatically infected with the virus or before that person developed symptoms,” the WCS said on Wednesday. “All eight cats continue to do well. They are behaving normally, eating well, and their coughing is greatly reduced.”

None of the zoo’s leopards, cheetahs, puma or serval are showing any signs of illness, it added.

New York City is the epicentre of the coronavirus outbreak in the United States, which like much of the world is taking extraordinary measures to prevent the spread, but authorities indicated owners did not need to fear their pets.

“There is no evidence that pets play a role in spreading the virus in the United States,” the CDC said in a statement. “Therefore, there is no justification in taking measures against companion animals that may compromise their welfare. Further studies are needed to understand if and how different animals, including pets, could be affected.”

The agency recommends that owners not let their pets interact with people or other animals outside the household. Cats should be kept indoors and dogs should be walked on a leash, maintaining at least six feet (1.8 meters) from other animals and people, it said.

The CDC said coronavirus infections have been reported in very few animals worldwide, mostly in those that had close contact with a person with Covid-19. It is not recommending routine testing of animals at this juncture.

The AVMA similarly said it was not changing its basic guidance for pet owners and veterinarians, adding that any test of an animal should be performed in coordination with public health officials.

Maine-based animal health company IDEXX Laboratories Inc on Monday rolled out a Covid-19 test for pets, which it said would be available to veterinarians in North America this week and distributed internationally after that.

IDEXX said it has conducted over 5,000 tests in cats, dogs, and horses with respiratory symptoms in 17 countries and has found no positive results, suggesting pets “generally remain uninfected, except in rare and isolated cases.”

The company developed its test specifically for use in animals and its laboratories are not approved for handling human specimens, it said.

Earlier this month a study suggested that cats can become infected with the new coronavirus but dogs appear not to be vulnerable, prompting the World Health Organisation to say it will take a closer look at the transmission of the virus between humans and pets.

A recent study published on the website of the journal Science found that cats and ferrets can become infected with SARS-CoV-2, the scientific term for the virus that causes the Covid-19 disease in humans.

The study, based on research conducted in China in January and February, found, however, that dogs, chickens, pigs and ducks are not likely to catch the virus.

The United States has the world’s largest number of coronavirus cases at over 830,000, with 47,050 deaths as of Wednesday.