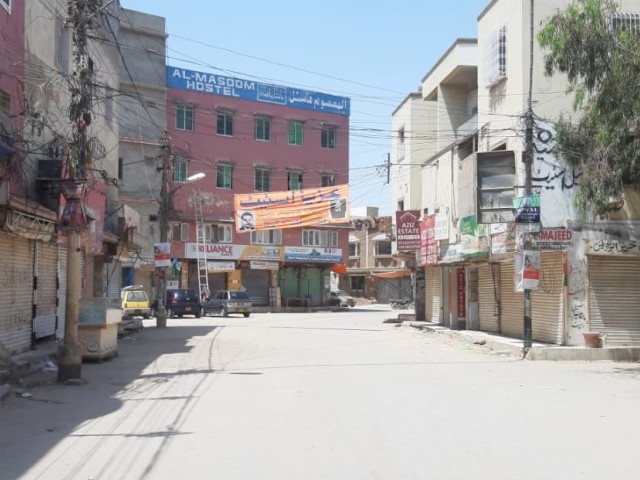 KARACHI: The Sindh Traders Union, All City Traders Union, Electronics Dealers Associations and other traders’ bodies have announced that they will resume business from the onset of Ramazan.

Addressing a press conference, traders expressed dismay over not being allowed to resume business despite giving the Sindh government assurances that they would abide by all standard operating procedures (SOPs) devised by it.

They complained that the government had committed to framing the SOPs for traders by Wednesday but seeing no development in that regard, the traders said they had decided not to wait any further for the authorities to frame the guidelines. They added that they would now not meet any government delegations and were fixed on resuming businesses from the first of Ramazan.

Lamenting that they were barred from working while factories had been permitted to operate, the traders pointed out that while investors were being provided support and relief, they were offered little assistance from the government.

Sindh CM worries over surge in local transmission of Covid-19

They alleged that the provincial and the federal government seemingly wanted them to go bankrupt.

Following this, police reached the spot and arrested four representatives of the market’s traders, including Hammad Ponawala, Muhammad Ahsan, Javed Qureshi and Javed Shakoor, and sealed the shops that were opened.

The move was met with resistance as the market’s shopkeepers staged a protest.

Sources affiliated with the Sindh government, on condition of anonymity, have claimed that it is likely that traders will not be permitted to reopen businesses, given the worrisome state of the pandemic. However, they said that there was a likelihood of traders being allowed to operate online and offer home delivery services, though conditionally.

The claims came in the wake of a meeting between Sindh Chief Minister Syed Murad Ali Shah and Sindh cabinet members on Wednesday, where the possibility of escalation of the pandemic in May, as suggested by health experts, and potential measures to curb the spread of the coronavirus were discussed.

Sources privy to the meeting claimed that traders would likely be instructed to follow a set of standard operating procedures even when operating online and hinted that the provincial government might approach the Centre on the matter of certain elements provoking traders to open businesses in violation of lockdown instructions.

The sources said that provincial ministers were of the view that nobody should be allowed to imperil lives.

Health experts have already warned that if appropriate measures are not taken, the situation may escalate out of hand as a steep surge was being witnessed in the number of locally transmitted cases.

The Sindh government had earlier assured traders of devising SOPs for them to resume and run businesses.

(With additional input from Vakeel Rao)