Taliban confirm they have Swiss hostages

Taliban confirm they have Swiss hostages

Milita­nts link their releas­e to that of Aafia Siddiq­ui.
By AFP
Published: July 29, 2011
Tweet Email 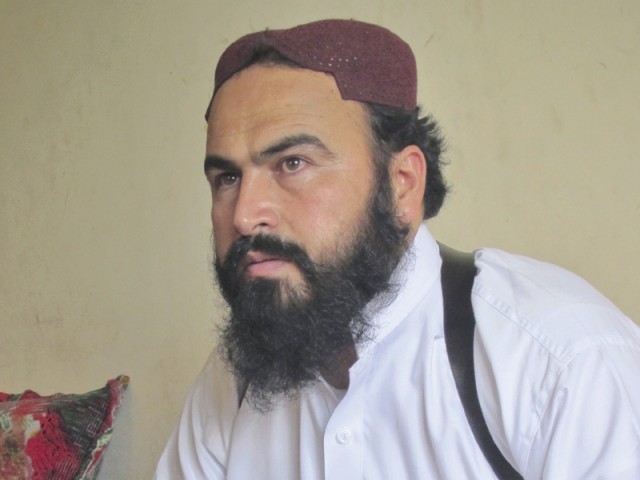 Militants link their release to that of Aafia Siddiqui.

PESHAWAR: Tehrik-i-Taliban Pakistan on Friday said they were holding a Swiss couple kidnapped a month ago while on holiday in Balochistan.

Wali-ur Rehman, deputy head of the TTP, did not provide proof that the group had the pair but said they were in good health and demanded they be exchanged for Dr Aafia Siddiqui jailed in the US.

Olivier David Och, 31, and Daniela Widmer, 28, were abducted on July 1 while driving in Balochistan.

“The Swiss couple are with the TTP. They are at a very safe place,” Wali-ur Rehman, deputy chief of the Tehrik-i-Taliban Pakistan (TTP) told AFP by telephone.

“They are completely in good health, they are getting reasonable food and they have not fallen ill since they landed in our custody.”

Rehman said the Taliban would release the couple if the US freed Aafia Siddiqui, a female neuro-scientist sentenced in 2010 for the attempted murder of US government agents in Afghanistan.

“We call upon the Western world to put pressure on America for the release of Aafia Siddiqui,” he said. “If America does not agree to her release then our shura (council) will take a decision about the Swiss hostages.”

Other Taliban sources confirmed TTP’s claim and added that the hostages were now being held in South Waziristan.

The Swiss Foreign Ministry told AFP it had “taken note” of the media reports but said it would not comment on the information.

It reiterated that authorities are “continuing with their efforts to bring the two Swiss citizens back safely to Switzerland”.

Previous kidnappings in Pakistan have also been followed by a demand for Siddiqui’s release, without effect. Rehman said the group had not issued a ransom demand.

Siddiqui, dubbed “Lady Qaeda” by US tabloids, was jailed for 86 years in 2010 after being found guilty of grabbing a rifle at an Afghan police station where she was being interrogated and opening fire on servicemen and FBI agents.

She missed and in a struggle was herself shot by one of the US soldiers.

The jailing of Siddiqui, a highly-trained scientist who was missing for five years before the shooting, sparked mass protests in Pakistan and the government vowed to fight to free her.

The Swiss couple’s blue Volkswagen van was found abandoned after they were snatched in Loralai district, around 170 kilometres east of Quetta.

According to visas stamped in their passports, they arrived in Pakistan from India on June 28.

The pair entered Balochistan from Punjab and may have been heading for Quetta, possibly en route to Iran, officials in Islamabad have said.

Switzerland has advised against non-essential travel to Pakistan since 2008, citing risks including the threat of kidnapping.