Trump was too slow in virus response: poll

Rangoli Chandel's Twitter was suspended right after, owing to her series of Islamophobic tweets 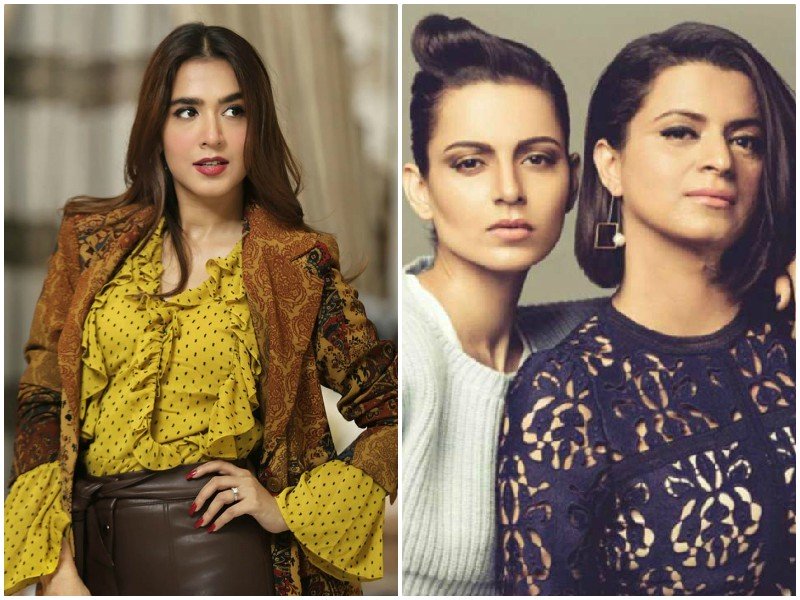 In a tweet on April 13, Monday, Pasha wrote “Kangana Ranaut is a classic example of a woman who started off as someone talking down privilege to become a voice against nepotism.”

Kangana Ranaut is a classic example of a woman who started off as someone who talked down privelege, becoming a voice against nepotism.
She then used progressive values to gain traction and then support a government that stifles all voices of dissent and calls everything that

She then broke down the tactics she believed Ranaut used to create her following and then exploit it. “She used progressive values to gain traction and ended up supporting a government that stifles all voices of dissent,” Pasha said, referring to Ranaut’s unending support for Modi’s Bharatiya Janata Party (BJP).

Pasha went on to say that anyone who dares question people like Ranaut or Modi are accused of exploiting their privileges or being too privileged to understand.

“Everything that goes against their policy is deemed ‘corrupt, anti state’ and anyone who disagrees is deemed to be too rich, too privileged or too corrupt and someone who can’t be a voice for the people. One needs to be aware of the values they are using to further their own politics.”

In response to this - right before her account got suspended - Chandel wrote, "When Pakistanis start to criticise you, it is a validation that you are a 100% nationalist and a sacha desh bhakt, two enemy country citizens must talk like this. Only respect for Mansha Pasha, but I can't respect those jo is desh ka khakar wafa Pakistan se karte hain (I can't respect those who reap from India and are loyal to Pakistan).

Chandel had her Twitter account suspended on April 16 after her series of abrasive tweets were called out for inciting religious hatred, violence and encourage Islamophobia, according to Gulf News.

Having 95.5k followers, her account was reported after she alluded that the miscreants who attacked doctors in India during lockdown belonged to a certain religious community.

The tweets were flagged up by designer Farah Khan Ali and Talaash filmmaker Reema Kagti. The latter was the first known Bollywood public figure to call out Chandel's tweets. She said "@MumbaiPolice. Could you please look into this and take action? Isn''t this spreading fake news AND inciting hatred &amp; violence against certain people?"

Nevertheless, Pasha responded to Rangoli's diplomatic mock by laughing hilariously at the fact that she went on to criticise the medium she used to criticise others on. Since after the medium suspended Chandel, she said "Twitter was absolutely biased and anti-India."

Haters hating on the medium they use to spread hate! 🤣🤣🤣 https://t.co/49m0CfSS3l

To this the Laal Kabootar actor wrote, "hahaha, haters hating on the medium they use to spread hate!"

In a tweet prior to this, Pasha elaborated on her stance on Ranaut and Modi and listed down the six lessons she has learnt from modern day India.

Lessons to learn from modern day India:
- Ideologies are not incorruptible. Neither are people.
- Buying off the media or calling media personnel unnationalistic for questioning the governing party has serious consequences.
- Being born underprivileged doesnt make u a good (1/2)

She said, "1. Ideologies are not incorruptible, neither are people. 2. Buying off the media or calling media personnel un-nationalistic for questioning the governing party has serious consequences. 3. Being born underprivileged doesn't make you a good person, especially if you spend your time inciting hatred (e.g. Modi/Kangana). 4. Leaders rely on his army of followers to sow hatred, divisiveness. 5. The followers carry out the directions coming from the top and 6. Celebrities shouldn't peddle toxic nationalism."