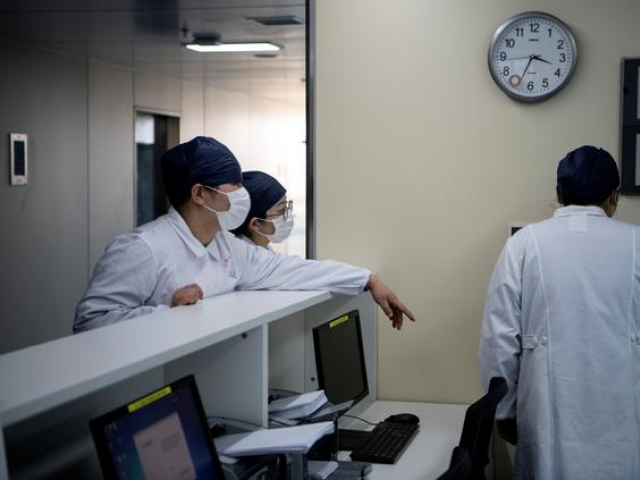 ISLAMABAD: The Young Doctors Association (YDA) sought on Thursday the intervention of the chief justice of Pakistan to get insurance services for doctors and paramedical staff along with the provision of the Personal Protection Equipment (PPE) as per the standards of the World Health Organisation.

In a letter addressed to CJP Gulzar Ahmed through advocate Raja Saimul Haq Satti, the presidents of YDA Islamabad, all four provinces, AJK, and G-B, have drawn the top judge’s attention towards an alarming number of 104 doctors and a considerable number of other healthcare workers, who have contracted the Covid-19 as they battle against the deadly virus in the country.

“If medics are not protected at all costs; without them, the war against the Covid-19 is nothing but a series of one-sided losing battles,” the YDA stated. A copy of the letter has also been sent to the presidents and prime ministers of Pakistan and AJK, chief ministers of all provinces and G-B, as well as the secretary for National Health Services Regulation and Coordination.

According to the letter, as many as 27 doctors and paramedical staff have been confirmed as coronavirus positive in Multan’s Nishtar Medical Hospital. In the same hospital, the letter added, one official, observed that the total number of medics exposed to the coronavirus was much higher, alleging that many test reports had not been made public — a claim yet to be substantiated.

In Karachi, the count for healthcare staff so far diagnosed with the Covid-19 is as high as 40 in total, the letter reads, adding the YDA believes that the rise of infections amongst medical staff is because of unavailability or poor quality of the PPE or lack of its adequate provision.

“Lack of protective gear will inevitably result in more doctors contracting the disease — especially those dealing with patients who are asymptomatic,” the letter said, adding that the YDA Pakistan has already lost two doctors, young Dr Usama Riaz and the veteran Dr Abdul Qadir Soomro, to the Covid-19 whose families have not yet been compensated.

“Medics are being provided low-quality PPEs, in-effective masks instead of the WHO-mandated N-95 masks is an indictment of the government’s ability to tackle the crisis,” YDA stated in the letter, “The PPE for medical staff is the most fundamental requirement in the fight against Covid-19, and about which the authorities here have been aware of for some time now.”

Despite being aware of the rising numbers of the patients around the world and recording its first case by the end of February, the YDA said, “it is unfortunate that the authorities did not procure sufficient equipment or implement a strategy to protect medical workers.”

The doctors’ association has claimed that several doctors have approached it saying that “they were being asked or forced to wear the less protective surgical masks and use substandard PPEs even when dealing with suspected Covid-19 patients.”

While the government maintains that the PPE is being provided to only those medical staff dealing directly with coronavirus patients, it has failed to develop a system whereby a suspected Covid-19 patient is prevented from roaming around the hospital premises before reaching a designated coronavirus ward.

The association has urged that the chief ministers of all provinces must prioritise the safety and health of medical staff and engage with the medical community to understand such shortcomings as indulging in a blame game in the presence of confirmed tests will only result in crushing the healthcare system.

The YDA also requested that the legal needful may be done as per the directions of the Supreme Court. It has urged the CJP that the families of the medics, who suffered or died because of the virus, be compensated adequately as a special case and the rest of the doctors’ health insurance ought to be insured.