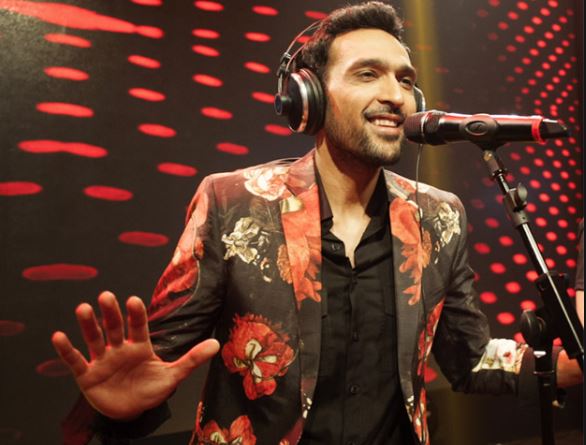 Ali Sethi has been holding quite a few live sessions lately where he sings and interacts with his fans under lockdown.

The popular singer recently came in the spotlight for collaborating with renowned Indian artistes Rekha Bhardwaj and Vishal Bhardwaj on one such session. Not just that, he was seen trolling a user who cursed him by cursing back and the viewers loved him for the snap back.

However, there's one more reason he's gaining popularity in the past couple of days - a notorious one at that.

One other user recently called him out for lacking original music to which Sethi dubbed her an 'auntie'. He said, "Uhh, I released six original songs last year, but of course this troll auntie knows better."

Following this, the another user responded saying, "Ali bhai wo chhay originals songs kaun se hai’n ? Sun’nay nahi hai’n par pata tau chalay (Ali bhai which six original songs are you talking about? I don't want to listen to them but I'd like to know."

To this Sethi tweeted in a sarcastic and demeaning manner instead of responding to the query with the songs he was asked for. He said, "Beta dobara selfie na lena," a remark quite possibly directed towards the user's display picture.

Call it being provoked, but both the singer's responses did not go well with the public this time as everyone went on to relay their disappointment.

every single human i adore a little disappoints me at the end, lol nothing new https://t.co/EyzNyAaXDe

Others called it hitting "a new low by body shaming rather than propagate their work."

Then there were some who continued to drag him for his 'lack of originality' by trolling him saying, "Even his comebacks are not original!"

Even his comebacks are not original https://t.co/DmLhujdjwY

Another user called out the 'woke elite' for not cancelling Sethi because he was an 'icon for bi-sexuals'.

Some even called him out for nepotism.

When you're winning the arguement with facts.

Others simply cancelled him

When your favourite singer can't take criticism and resorts to these mean come-backs. https://t.co/vpYJ6KuYML

Original or cover, I don't care bcz singers' job is to sing, not to make songs. That's purely a different thing. But this was lame Ali Sethi, you just proved you have been trolled. You called it upon urself.#coronavirusinpakistan #SundayThoughts https://t.co/TxIFezcg7k

And then there were some who came to his rescue but clearly the damage had already been done!

those criticising Ali Sethi can never ever sing like him. he's the king now fight with your quarantined mental self.

The irony of thinking Ali Sethi is talentless for singing covers while your only claim to fame is because you tweeted against Ali Sethi. If he's so untalented, why are you so proud of yourself for stealing his light to make yourself shine?

I do not understand why artists or public figures are expected to have a thicker skin. I get they are known to masses and will get a lot of criticism. They cannot force people to like their content but they are just as human as anyone else.

They too can have a bad day and flip?

Didn't Ali Sethi release like 5 new original songs in the last 1 to 2 years? Initial criticism on him for doing only covers was fine, but the guy has recently made a lot of original music and it has been really good.
Do a little bit of research before tweeting maybe? https://t.co/N18sdXxRxp