China has provid­ed the much needed financ­ing for recons­tructi­on of the portio­n that was damage­d by last year’s...
By Zia Khan
Published: July 29, 2011
Tweet Email 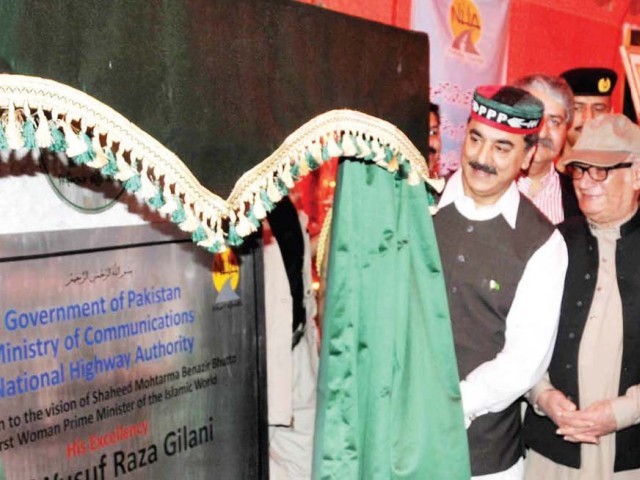 Prime Minister Yousaf Raza Gilani has approved funds of $90 million for the reconstruction of a portion of Karakoram Highway (KKH) that was submerged by massive landslides in Gilgit-Baltistan (G-B) early last year. The credit to repair the strategic highway has been provided by the Chinese government as part of a larger grant for flood reconstruction activities in communication, energy and transport sectors.

According to a handout statement issued by the premier’s media office here on Thursday, Gilani has ordered the authorities in the communication ministry to complete the project as soon as possible. Reconstruction of KKH has been a major priority of the government with the route being of immense strategic significance as well as serving as a historic trade link between the two countries.

Several kilometres of the highway that links Pakistan’s northwest with neighboring China were totally submerged when flooding, triggered by massive landslides in Attabad area of Gilgit-Baltistan, created an artificial lake. Thousands of people were rendered homeless and the only road leading to the Sust border region of China was completely devastated.

Since then, Pakistani authorities have been struggling to settle displaced people and reconstruct the highway through their own financial resources.  As a consequence, the Chinese government has come forward with technical and financial facilities to repair the road – the most viable land route for the country, through which its industrial products reach the global market via sea ports in Pakistan.  Pakistani leadership has asserted that reconstruction of the road would benefit both countries enabling resumption of vital trade links which had been suspended for more than a year. However, it cannot be confirmed as yet whether the National Highway Authority (NHA) alone would be executing the project or some foreign company would be included in the reconstruction effort too.