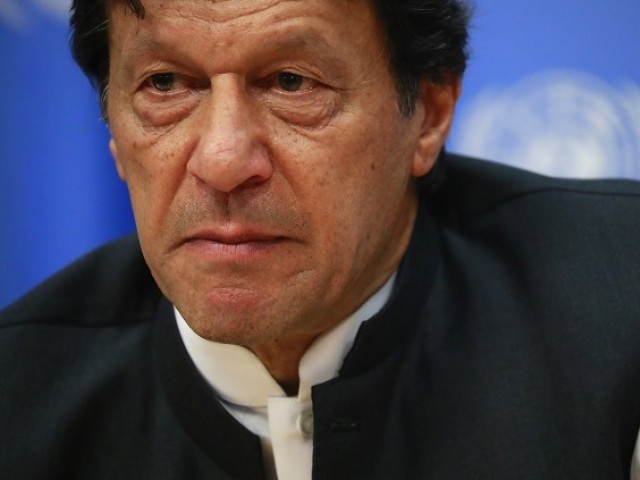 Prime Minister Imran Khan has taken serious notice of the threats being hurled at the inquiry commission probing the sugar crisis and warned the elements of severe action if they continue to intimidate the committee.

“The prime minster has expressed extreme displeasure over the threats being given to the FIA inquiry commission probing the sugar crisis,” Special Assistant to Prime Minister (SAPM) Firdous Ashiq Awan said in a post-cabinet media briefing on Tuesday.

“Strict action will be taken against such elements if they threat the inquiry commission again,” she quoted the premier as saying.

“Our party’s name is Pakistan Tehreek-e-Insaf and no one will be allowed to create hindrances in the way of justice,” she further quoted the premier as saying.

The premier made major changes in the cabinet on Monday after the government made the FIA inquiry report on sugar crisis and beneficiaries of subsidies obtained by industry’s bigwigs pubic.

The report on the sugar crisis named Khusro Bakhtiar, then the minister for national food security, as one of the beneficiaries, in addition to Pakistan Tehreek-e-Insaf (PTI) leader Jahangir Tareen.

According to the report of the three-member committee headed by director general of the Federal Investigation Agency (FIA), Tareen, a brother of Bakhtiar and Punjab Assembly Speaker Chaudhry Pervaiz Elahi’s son were the ones who gained from the sugar crisis.

The PM had constituted two inquiry committees under the chairmanship of Director General FIA Wajid Zia to probe into circumstances leading to the wheat and flour controversy and the reasons behind increase in sugar prices in the country.

After making the inquiry reports public, the prime minister had vowed not to spare those found guilty of creating and profiteering off the sugar and wheat crises once he received the detailed forensic reports of the FIA-led commission’s preliminary findings on April 25.

Addressing the post-cabinet press briefing, Firdous said, the premier had made it clear that the government’s topmost priority was to provide justice to the people and the FIA commission to probe the sugar crisis was constituted after witnessing the hardships of the citizens.

She said the inquiry report had not only raised questions on the country’s sugar policy but had also identified loopholes in the food chain.

“These [gaps] will not only be removed but a foolproof, technological process will be introduced due to which no one will have the courage to create an artificial food crisis again,” she said.

The SAPM noted that the premier was “recommended” to hold talks with the sugar mills associations to protect the farmers and devise a mechanism linked with the “export-oriented initiatives”.

She admitted that the federal government had allowed export of sugar without giving any subsidy as the mill owners had closed the doors for farmers on account of abundance of stock available with them.

The government’s spokesperson said that the relevant ministry had submitted a report before the Economic Coordination Committee (ECC) stating that around two million tonnes of sugar was available in the country at that time.

The committee was told that the country already had a bumper crop and the sugar mills association had decided not to buy sugarcane from the farmers.

“When the situation where sugarcane was available but no one was willing to buy from the farmers was brought into the premier’s notice, the prime minister was recommended to hold talks with the sugar mills associations in order to protect the farmers and devise a mechanism linked with the export-oriented initiatives,” she said.

”Subsequently, it was decided the sugar mills would start production process even if they had enough stock and permission to export could be given if sugar was available in surplus,” she added.

“Federal government allowed export of sugar but did not give any subsidy at the federal level.”

The SAPM noted the prime minister had assured the federal cabinet that action would be taken against all those involved in recent sugar crisis once the final report of the probing commission was provided by April 25.

Firdous said the cabinet was informed that a delegation headed by Salman Shehbaz had convinced the then prime minister Shahid Khaqan Abbasi in 2017 to allocate a subsidy of Rs20 billion for sugar mills association.

The cabinet was told that the Sindh government had also approved subsidies for sugar mills in 2014 and 2018 through the Omni Group.

Referring to the National Accountability Bureau’s (NAB) reference against the Omni Group, she said, “The current Sindh chief minister and other leaders of Pakistan Peoples Party are nominated in the reference.

Centre to directly give PPE to hospitals

Meanwhile, the federal government has decided to directly provide Personal Protective Equipment (PPE) to hospitals across the country without involving provincial governments, a day after the police baton-charged and arrested doctors protesting against the lack of provision of protective gear as the country deals with the novel coronavirus pandemic.

Firdous said PM Imran had expressed extreme displeasure over police using force against the doctors in Quetta, noticing that a total of 39,000 PPE kits were sent to the provinces but they have yet to reach the doctors fighting on the frontline.

“From now on, the federal government will directly supply protective gears to the hospitals without involving provincial governments,” she maintained, adding that the kits would be sent to the medical superintendents of the hospitals through courier service.

The cabinet approved the transfer of inquiry into the corruption charges of Kachhi Canal from the FIA to NAB.

Among other decisions, the cabinet gave approval for the issuance of the prohibited and non-prohibited bore arms licenses and launch of next generation broadband in underserved areas with directions to add 62 additional districts in the list of these areas.

While ratifying the decision taken by the cabinet committee on energy in its previous meeting, the cabinet deferred two agenda items: the approval for signing service agreement between the National Database and Registration Authority (NADRA) and the International Organisation for Migration (IOM) on deployment of the Readmission Case Management System and the appointment of the Chief Executive Officer of the Central Power Purchasing Agency (Guarantee) Limited.

COVID-19 treatment at all private hospitals could risk others