Tales of survivors: ‘I became so paranoid, I thought doctors would kill me’

Tales of survivors: ‘I became so paranoid, I thought doctors would kill me’ 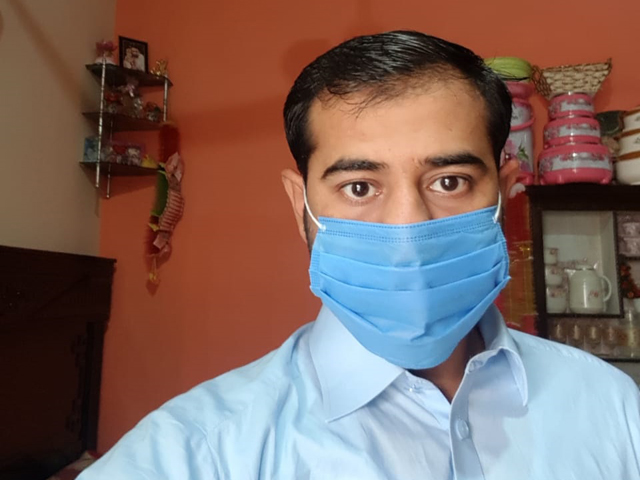 Sinister rumours about my fate and conditions worse than prison made isolation the most agonising ordeal of my life. PHOTO: EXPRESS

CHARSADDA: Wild rumours swirled around my fate while I was in medical isolation. Some said doctors had euthanised me and secretly disposed my body in an unmarked grave away from my village because there is no cure for the highly infectious coronavirus.

The more than two weeks I spent in isolation at Charsadda’s DHQ Hospital were worse than solitary confinement in prison.

I was locked in my room [locked, yes you heard it correct] with two policemen standing guard outside. Nobody, not even doctors and paramedical staff, would visit me saying they didn’t have necessary protective equipment.

They didn’t give me any medicine; didn’t check my temperature once since I was isolated in the hospital on March 13. They would only call to check on me. I was literally left to die in isolation since I tested positive for COVID-19.

And while oscillating between hope and despair, I was connected to the world outside only by my cell phone. The unsettling rumours I heard about me would scare me out of my wits. I became so paranoid that I feared the doctors would actually kill me with a lethal injection and bury my body unceremoniously. The worst was imagining the mental agony my family would have suffered if they never found out what became of me.

I’m 30 and work in a private company in Saudi Arabia. I had been a smoker for 13 years. In January 2019, I quit smoking and a month later, I started having excruciating chest and stomach pain. Doctors ran some tests before diagnosing me with appendicitis. They advised immediate appendectomy. I refused to go under the knife in Saudi Arabia and instead applied for leave to get treatment in Pakistan. Luckily, it was granted.

On March 5, I reached Peshawar from Madina via Dubai. At the airport, I was screened – and cleared. But I had my apprehensions. I didn’t want to go home to my family without having my fears assuaged.

From the airport, I went straight to the Lady Reading Hospital. The pulmonologist cleared me after physical examination despite me reminding him that I had returned from Saudi Arabia, where COVID-19 cases were spiking at the time.

Not satisfied, I consulted a private chest specialist. The digital chest x-ray showed pulmonary edema with bacterial pneumonia. He carried out thoracentesis to remove excess fluid between my lungs and the chest wall to help me breathe easier. After the procedure, my cough and chest pain subsided. The doctor put me on medication for pneumonia. And I started feeling better.

On March 13, more than a week after I arrived at my home in Gonda village, in Dera Shabqadar, I received a call from health officials. They asked me to visit the DHQ Hospital Charsadda for a test to rule out the coronavirus disease. They promised to protect my privacy – a promise they never honoured.

My samples were sent to the National Institute of Health in Islamabad for the PCR test. Awaiting results, I was sent to the isolation ward of the hospital. The report came out positive.

This is when my real ordeal started. My house was immediately quarantined and police deployed there. This stirred up panic and fear in my village. The hospital leaked my personal information to the media. My photo was flashed across TV screens while social media churned out sensational stories for a few likes or page views. I became a pariah – and my family, ostracised. It was an extremely painful time.

I had no cough, no chest pain, and no fever – I was asymptomatic. Still, doctors said I would have to stay in isolation until I tested negative. In the meantime, they also tested my wife and brother. Thank God, both were negative.

On day 4 of my isolation, the hospital staff stopped serving me food. Perhaps they wanted to starve me. A local charity, however, started delivering food. I went on hunger strike to protest the inhuman treatment. I spoke to a news channel on WhatsApp to reveal how I was being treated. And that helped to ease my ordeal because the top administration officials visited me immediately. The food quality improved, though doctors and paramedical staff would still not visit me in the isolation room.

On the phone, the staff would tell me that I was young and my immune system was strong enough to fight off the virus. But I was convinced that I couldn’t be corona-positive or else at least some people I had come in contact with since March 5 would have been infected.

This is how I lived through the longest most agonising two weeks of my life – exasperated both by the sinister rumours about my fate and the inhuman treatment I received in the name of medical care – until my second test came out negative on day 17.

It was the happiest moment of my life when a doctor privately gave me the good news a night before I was discharged. I was so overwhelmed with joy that I couldn’t sleep that night. And as I drove back home to my family after being released from the ‘solitary confinement’, I thought to myself: I may forget about the coronavirus, but not the agony caused by inhuman treatment from the hospital staff and sinister rumours about my fate.