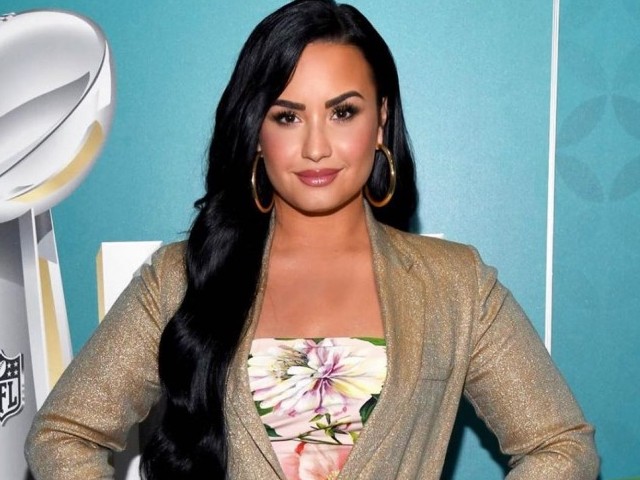 Demi Lovato has had some tough times but the songstress seems to have found love under quarantine, if Instagram sneak-ins are to be believed.

Demi just confirmed that she maybe, and that’s a strong maybe, dating actor Max Ehrich, reported InStyle. The source of the news is none other than Demi and Max themselves who confirmed the rumour, albeit mistakenly (or was it?)

On Saturday, Max sat down for an Instagram live session, playing the piano for his 1 million followers when Demi crashed the session by casually strolling into the frame. After Max mouthed ‘I’m live!’ to her, she quickly hid her face in a towel and walked out.

#DemiLovato’s rumored boyfriend #MaxEhrich was on IG Live and was she accidentally popped in. . #4pminlagos

While it may not be the usual Instagram confirmation, it still counts we think! Specially after E! News has reported just about a week ago that the two have been dating for some weeks, and are even self-isolating together!

“He is a good influence on Demi and they have a lot in common. They have a few mutual friends in common, but Demi has been introducing Max to her closest friends via Facetime since being quarantined,” revealed the source.

My exclusive #Demi4Fabletics limited-edition @fabletics capsule is here! $5 for every item sold will provide crucial gear to frontline workers, pledging up to $125,000 now through June 30 supporting the COVID-19 Solidarity Response Fund for the World Health Organization, powered by the United Nations Foundation.

They went on to add that the thing is not really ‘official’ yet, even though the two have been flirting conspicuously on Instagram comments for a while now.

“It’s very new but they are definitely hanging out and seeing where it leads. They have spent a lot of time together but I wouldn’t say it’s an exclusive relationship yet.”

Well, with so much time to kill together, we think the relationship may just flourish and become concrete at the end of all this.