Will the coronavirus infect Afghan peace?

Will the coronavirus infect Afghan peace? 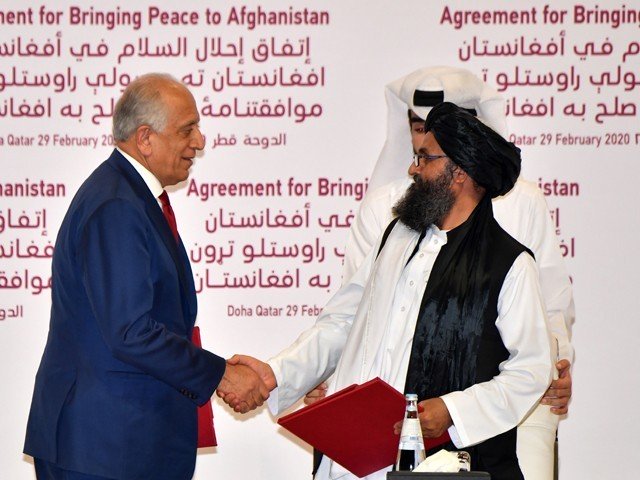 One impact of the coronavirus pandemic regarding the Afghan peace is that the withdrawal of the US forces has been put on hold for fear that the returning soldiers might bring with them not just the usual PTSD but also the highly contagious virus. The fate of the US soldiers in Afghanistan right now is no different than the homeless people around the world in that they cannot be at home. However, the delay in the withdrawal of troops is not the real damage of the coronavirus regarding peace in Afghanistan.

According to healthcare experts, one symptom of the coronavirus is the loss of sense of taste. It appears that achieving peace in Afghanistan has been infected with the virus and the American people have lost the taste of ending America’s longest military engagement. Just as the invasion of Afghanistan did not achieve the end of al Qaeda or terrorism, the end of war may not achieve the foreign policy victory for Trump that he wants to tout for re-election. Because the Afghan peace might lose its importance by losing attention.

With the invasion of the entire world by the novel coronavirus, things have spun in a direction nobody could have even predicted. People in America are extremely worried and life here, as everywhere else, has changed dramatically. I would be surprised if achieving peace in Afghanistan is on any American’s mind right now given how life is relegated to daily hunts for toilet paper and food items.

This is election year in America. Usually, during this time, print and broadcast media are busy reporting on elections, candidates, nominations and public opinion. It wouldn’t be an exaggeration to say that this time, election news is on the fringes only. Too many firsts. Given this, the voter turnout would be abysmal.

President Trump wanted to sell his deal-making skills with the Afghan peace, but the American people see a president who is inconsiderate and a science denier. For now, the real issue defining his presidency, even more than the impeachment, is his slow and lukewarm response to the global pandemic. At first, when this virus was brought to his attention he said, “this is their [Democrats’] new hoax,” sounding the conspiracy theory alarm of him being the target of the deep state which tried its hand at the Russian meddling and the Zelensky affair that led to his impeachment trial.

Later, he tried damage control and said, “I’ve always known this is a real — this is a pandemic” adding that he “felt it was a pandemic long before it was called a pandemic.” But it seems like the unabated contagions and death rate are not going to sanitise his previous comments and toothless response. I am sure he can relate to people who are unable to find a sanitiser anywhere. The New York Times, through interviews with more than 50 public and former health officials, administration officials, scientists, and company executives and found that despite being the world’s richest country armed with the best resources and best minds, America squandered its best chance to preempt the pandemic because of regulatory hurdles, bureaucratic laziness, and lack of leadership.

The Russian election meddling and impeachment have been forgotten. The public opinion about Trump’s presidency is shaping to be that perhaps the slogan “America First” did not necessarily mean keeping Americans’ safety first. The art of the deal is not a sellable resume in America right now because the art of saving American lives is what matters in this pandemic. Joe Biden, the likely nominee of the Democratic Party, would see to it that this defines the 2020 election. The Afghan peace will not do the trick for Trump. He braved the impeachment but might lose to a virus.