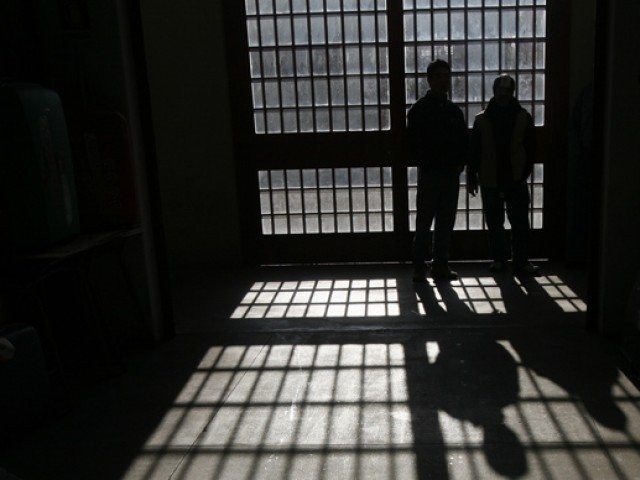 Amid Covid-19 concerns, the Sindh Home Department has proposed providing temporary relief to convicted prisoners by suspending their convictions and releasing them for a few months.

A two-page summary, a copy of which is available with The Express Tribune, has been sent by the department to Chief Minister Sindh Murad Ali Shah for its approval from the provincial cabinet.

The summary says that the Inspector General of Prisons, Sindh, on March 26 wrote a letter to the home department in which he raised the issue of coronavirus spreading among inmates.

Currently, 16,024 prisoners are confined in various jails of Sindh province against an authorised capacity of 13538 inmates, the letter states.

The said overcrowding at the prisons poses imminent threat and may lead to spread of infection inside the prisons, adds the letter.

In this regard the summary says that the IG requested that the provincial government may exercise their powers conferred under Sections 401 CrPC 1898 read with Sections 402, 402A, 402B, 402C, 402D, respectfully in order to protect the lives of prisoners.

The summary proposes that under Section 401(1) CrPC, the provincial government may suspend the execution of the sentence of convicts in the prisons of Sindh, subject to the condition as in Section 402C CrPC, ATC, 9C of Narcotics Act for a period of four months with review of COVID-19 situation in three months.

If any convict fails to return on the expiry of prescribed term, he/she shall deemed to be absconder and the superintendant of the prison concerned shall initiate legal proceedings against him/her.

The summary also refers Section 401 which empowers the government to suspend or remit sentences.

On the direction of Sindh High Court Chief Justice Ahmed Ali Sheikh, 829 under-trial prisoners (UTPs) have been released from the provincial prisons by district courts in cases of lesser punishment.

Likewise, the Lahore High Court has also passed a directive on the administrative side by directing jail superintendents to move bail for different categories of prisoners to the district courts. 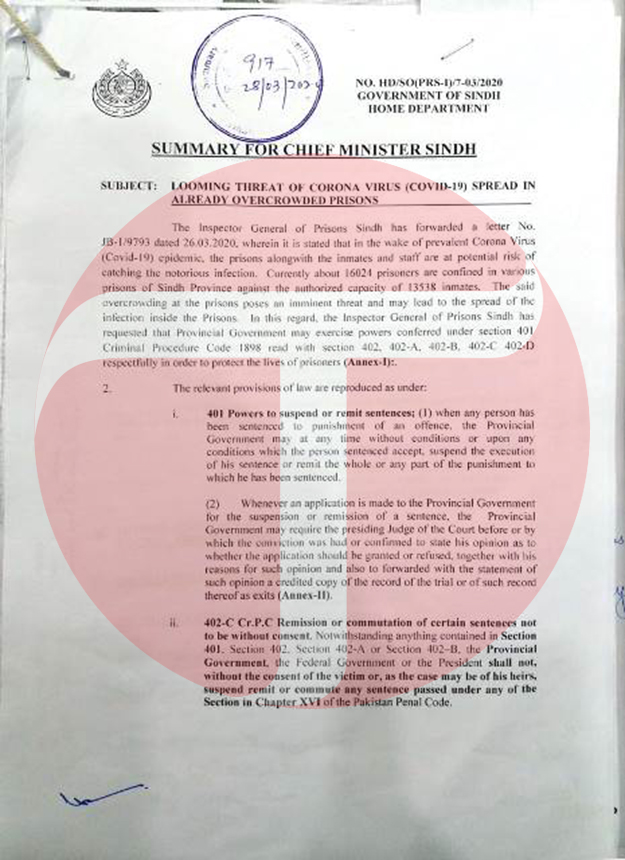 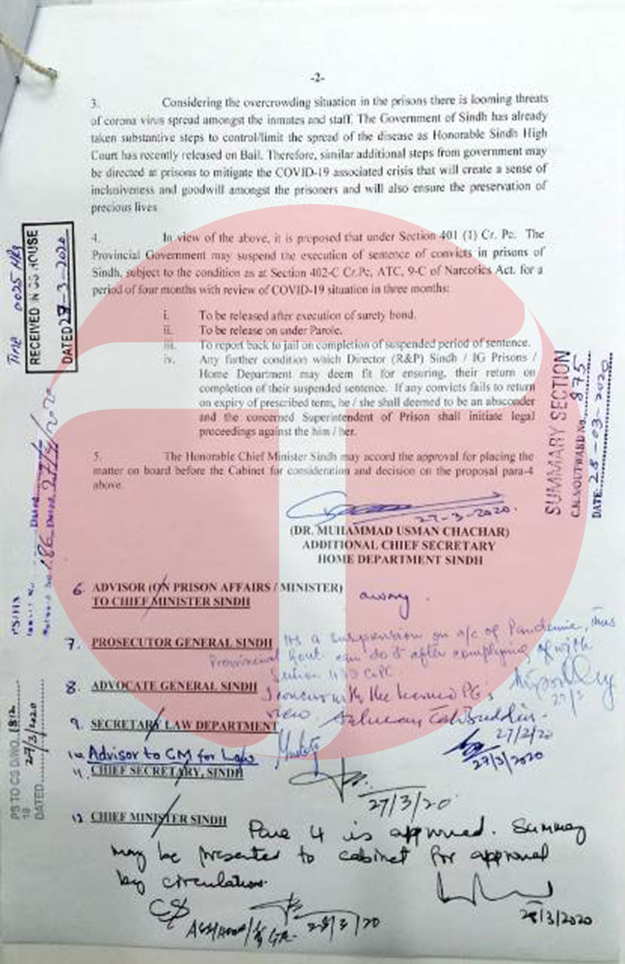 On the other hand, it is learnt that the federal government will request the apex court on Monday (today) for a uniform policy regarding release of prisoners throughout the country.

Presently, the federal government functionaries are not impressed with the manner in which the high courts have been passing directives for the release of prisoners.

A senior government functionary while talking to The Express Tribune said that the Supreme Court should take cognisance of the matter and issue uniform guidelines regarding the release of prisoners.