The Britis­h Royal wants people to think of the homele­ss during this diffic­ult time
Published: March 29, 2020
Tweet Email 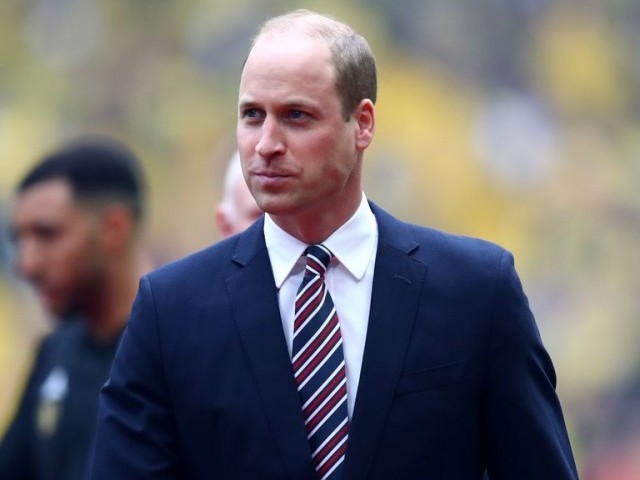 Prince William has taken it upon himself to share an important message during the coronavirus pandemic which has seen many parts of the world go into lockdown.

The Duke of Cambridge urged Londoners to help the homeless during the time of COVID-19. Prince William is a patron of homeless charity The Passage, and this is an issue close to his heart, reported Hello!

Speaking to charity CEO Mick Clarke, the British Royal called the situation “life and death” while issuing an impassioned plea for rough sleepers. “We are in a life and death fight to help those people living on the streets in this public health emergency,” Prince William said on the issue.

Self-isolation and social distancing can pose huge challenges to our mental health — in recent weeks The Duke and Duchess of Cambridge have been in regular contact with organisations and patronages to understand the issues they are facing during this difficult time. Last week ☎️ The Duke spoke to @mindcharity CEO Paul Farmer, and The Duchess spoke to Catherine Roche, CEO of @_place2be. Today Public Health England has published new guidance to help support people during the COVID-19 outbreak, and updated its world-leading Every Mind Matters platform, with specific advice on maintaining good mental wellbeing during the outbreak; take a look at our Story or visit the link in our bio to find out more. Speaking about the new guidance, The Duke and Duchess said: • “It is great to see the mental health sector working together with the NHS to help people keep on top of their mental well-being. • By pulling together and taking simple steps each day, we can all be better prepared for the times ahead”. • The Government has also announced a grant for @MindCharity to help fund their services for people struggling with their mental wellbeing during this time.

Speaking on the conversation, Clarke said,”We had 20-minute conservation and he recognised that is a public health emergency for those who are on the streets and in shelters. So it was good to tell him that everyone in the voluntary sector but also local and central government is doing everything that they can to try and get people off the streets and into places of safety.”

He continued, “We don’t want to get 80 per cent of people off the streets only to return them when this crisis is over. The duke was very keen for us to explore ways to avoid that happening.”

Prince Charles seen for the first time since his coronavirus diagnosis

Last week, it was announced that Prince William’s father and heir to the British throne, Prince Charles, was diagnosed with coronavirus.

However, Prince Charles appeared to be in good spirits a few days later on the Clarence House Instagram Story as he participated in the Clap for Carers initiative, a way for citizens to thank the British National Health Service (NHS) for its hard work during the coronavirus pandemic.

Footage now over at @ClarenceHouse @instagram stories of Charles and Camilla #ClapForCarers at Birkhall tonight – first time we have seen the prince since his #coronavirus diagnosis pic.twitter.com/KA43OUDgYa

He and his wife, Camilla, are currently self-isolating inside their Scottish residence, Birkhall,