Maria. B, husband defend their 'ordeal' but social media isn't buying it

Maria. B, husband defend their 'ordeal' but social media isn't buying it 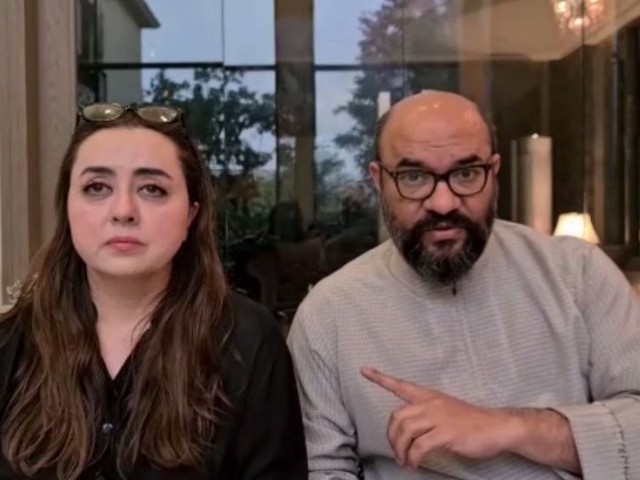 Fashion designer Maria. B took to Facebook last night to post an ‘official statement’ explaining the now-infamous incident that went viral shortly before it.

Late Tuesday evening, Maria posted a video of herself crying in a particularly lavish room because of a ‘police encounter’ in the middle of the night. As sources came forward to testify, it was revealed that she and her husband Tahir Saeed had actually been criminally negligent in containing the spread of coronavirus by exposing their COVID-19 positive cook to the general public.

After intense scrutiny and rightful bashing on social media, Maria and Tahir sat down to post a lengthy clarification of the event, which in Tahir’s words, “is pure panic, especially at a time when the Prime Minister is urging people to not panic.”

He went on to label the police breaking in as “abuse and harassment” in a particularly bizarre use of the words, and insisted on how they are “responsible citizens of the country.” 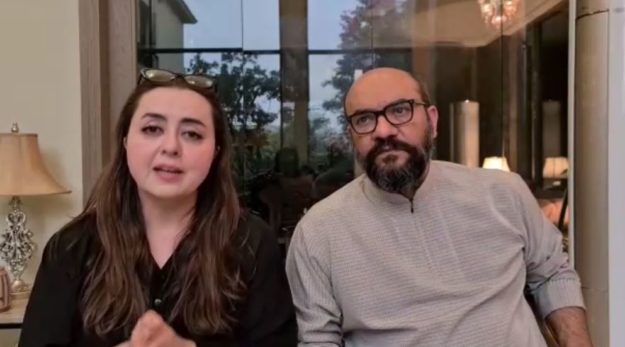 “Suppose we were to test positive for COVID-19 which we haven’t – we both tested negative – are we criminals for it?” said Maria, holding up a copy of her husband’s lab reports as proof.

“My cook went to Vehari at a time when the pandemic had not hit Punjab and he came back on March 11. Around March 18, he complained of some symptoms, so I got Chughtai Lab to come over and run a test for him which came positive,” Maria relayed.

Here’s where the story takes an unusual turn. “Since we had no other guidance, we did what we thought was best. We asked him to quarantine with another family in the servant quarters,” Maria admitted in her own words.

She went on to say that the cook then pointed out how that other family was exposed to him so he might as well quarantine back home. “Without any government directive, what do you think we could’ve done? Keep him locked with us?” she questioned.

The two then defended their decision of letting him travel all the way back to his village. “We gave him proper directives, asking him to not travel in public transport. We even gave him extra money for that. He was to travel with his brother. We also made sure he had a spare room he could quarantine in,” they said.

Maria then added how 5 different departments called them up after he had left all of which were uncoordinated. “We got numerous calls from primary and secondary healthcare workers asking for Umer Farooq’s (the cook) number. And we always complied.”

Tahir went on to clarify that DHO Hospital called them to inform that although Umer did not display any symptom, they would put him under quarantine, which they complied with.

Many people did not understand the story, specially the part where they decided to send their servant off, regardless of any precautionary measures, as pointed out by actor Osman Khalid Butt as well.

If someone tests positive for COVID-19, the absolute thing one should do is send them out into society – if you're unsure of what step to take, contact the relevant authorities. We all have to play our part in flattening the curve – please let's all be responsible. https://t.co/dTyEKpPUNO

“If someone tests positive for COVID-19, the absolute last thing one should do is send them out into society,” he said.

The two Maria B videos can definitely serve as the basis for a great lecture on how power works in Pakistan. Particularly the things they say about being offended and upset by the state turning against them.

Maria B weeping under a chandelier is all you need to know about Lahori elite.

Always wondered what B in Maria B stood for. It's bay-hissee.

The fact that Maria thanked the PM and the army for intervening and getting her husband released from police custody also did not sit well with many people.

Maria B thanks PM Imran Khan & army for intervening & having her husband released.Tahir Saaed was arrested for sending his cook, who had tested positive for coronavirus, to his native village. Is PM & army just for rich & punishments only for the poor. Is this "Riyasat-e-Madina"? pic.twitter.com/QP5EkGOlbd

Aik nahi kayen #Pakistan
They made a crime.They both should be behind the bars for putting a millions of people's life on stake nd what did the powerful resources do? Released them
Q ki in ki wajah say marayga toh ghareeb vihari gaon ka#convidiot#MariaB pic.twitter.com/2Tzqn0IsSB

Govt should remove the discriminatory system between two classes and arrest the offender.
The isn't only negligence but a crime to sent her cook to his village while knowing that he's #COVID19 positive .#MariaB pic.twitter.com/Haqy5hQpZh