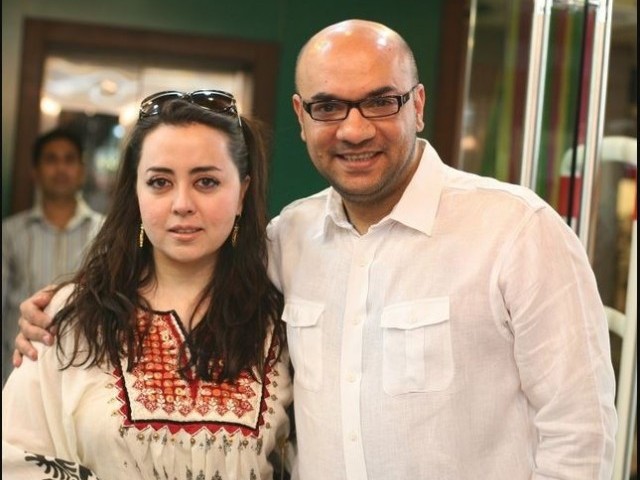 LAHORE: WATCH: Designer Maria B desperate plea for help to @ImranKhanPTI over the arrest of her husband for allegedly sending coronavirus positive cook to his village in Vehari pic.twitter.com/iriPmhmMRR

Popular fashion designer Maria B’s video has recently surfaced the internet and the fashion mogul can be seen crying and demanding justice for her husband. According to reports, her husband has been taken into custody for sending his cook -who had tested positive for coronavirus – to his village in Vihari, Punjab.

According to the designer, her house was raided in the middle of the night by policemen who forcefully arrested her husband, who is also the owner of the brand, without letting them even call a lawyer.

She did not mention what the reason was but said that the police had accused him of being the culprit when her own family was in danger of catching the coronavirus.

But according to the Lahore police, Tahir Saeed, the owner of the popular brand was arrested by the Nishtar colony Police for sending his infected cook away, amidst the pandemic. 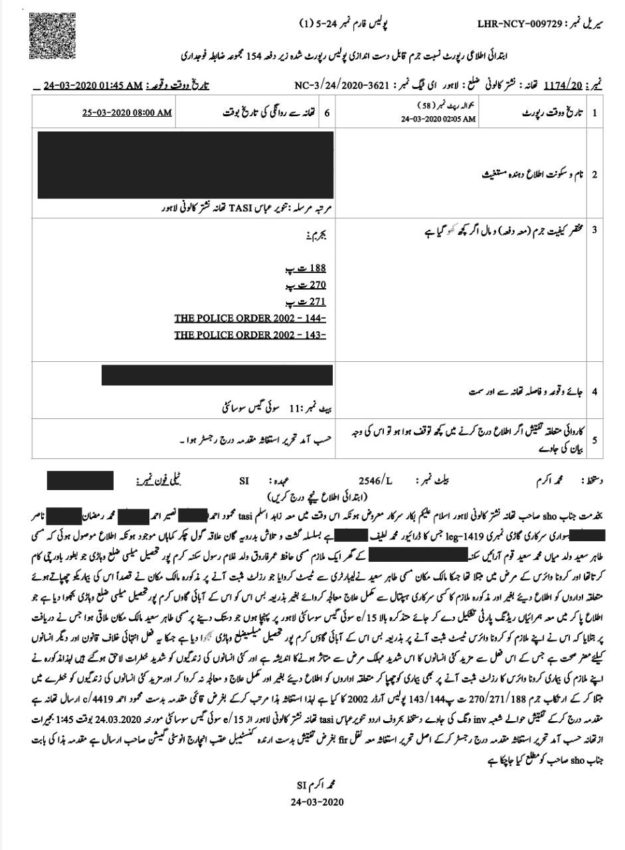 He conducted the COVID19 test for his cook Omer Farooz, from a private laboratory after his health deteriorated and the test came out positive. Saeed, instead of informing the concerned authorities, sent Farooq to his native city, Vehari through a bus.

According to the source, Farooq reached Vehari by changing two buses. He met the passengers on the way and also met the family at home.

Following this, the authorities contacted Saeed in view of the data available from the laboratory and he informed them that Farooq had already gone to his village. The health authorities, with of the polive then took Farooq into custody and transferred him to the isolation ward. After the investigation, Saeed was also arrested.

The latter is accused of hiding his employee’s deadly disease and letting him go to civilians and endangering the lives of the rest.

The Lahore police in a statement said, “Tahir Saeed after knowing that his chef was corona positive sent his employee to his village through local transport, which is a big crime. Hiding a corona patient is no small deal in times of global crises and we will ensure that all such acts are also duly followed up.”

However, Maria B in her video said, “This is an appeal to Prime Minister Imran Khan: Last night my house was raided by police men as if I was the biggest drug mafia don in Lahore, with guns.”

WATCH: Designer Maria B desperate plea for help to @ImranKhanPTI over the arrest of her husband for allegedly sending coronavirus positive cook to his village in Vehari pic.twitter.com/iriPmhmMRR

“They took away my husband and they told him that there’s an FIR registered against him and arrested him without a lawyer. They didn’t even wait for the lawyer to come, at 12:30 in the night. Nobody was up, we tried calling so many people but nobody was up.”

“They did this in the middle of the night, why? And the way they were rude to us, they wouldn’t listen and they kept calling us the culprits. Why? We are the ones who are suffering, we’re the ones whose tests are coming out positive anytime now – my entire family. And we are the one who are the culprits? And we are here to be arrested? Is this the kind of system we have in Punjab.

I wanted to become a doctor at first: Yasir Hussain