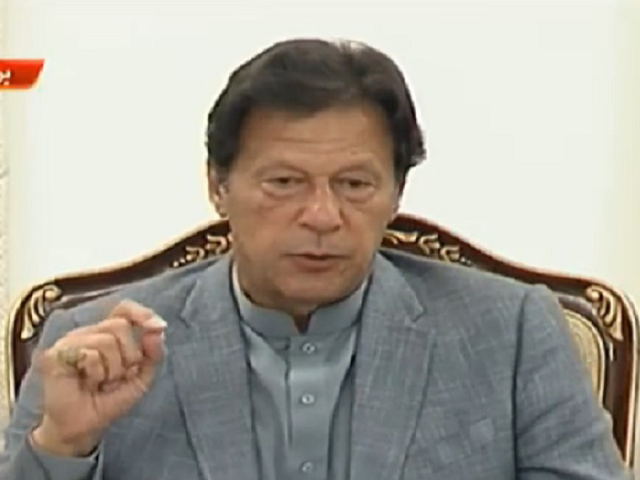 PESHAWAR / KARACHI / ISLAMABAD / QUETTA: The novel coronavirus – which originated in the central China city of Wuhan towards the end of December 2019 – has spread to all continents excluding Antarctica. The COVID-19 respiratory illness caused by the mysterious contagion has so far killed thousands of people and sickened tens of thousands of others across the globe.

Though the deadly infestation has been contained by the Chinese government in Wuhan, the virus has now spread elsewhere, especially in Europe and the United States, with the World Health Organisation declaring Europe as the new epicenter of the viral disease.

Pakistan, despite its close proximity with China, remained unscathed by the virus until February 26 when a young man from Karachi tested positive for the novel coronavirus. The man, in his twenties, had returned from Iran, which is also one of the worst-hit countries.

After a brief pause following the first case, COVID-19 cases witnessed a sharp surge as more pilgrims returning from Iran tested positive despite the fact that they were quarantined for 14 days at the Pak-Iran border crossing of Taftan in Balochistan.

Pakistan confirmed a third casualty from the virus on Friday, two days after two men – both pilgrims returning from Iran and Saudi Arabia – died of the coronavirus in Khyber-Pakhtunkhwa. The third casualty – a septuagenarian cancer survivor – was confirmed in Karachi.

The nationwide tally of COVID-19 patients has spiked to 470 with nearly half of them, 252 to be precise, in Sindh; 81 in Balochistan; 96 in Punjab; 23 in K-P; 21 in Gilgit-Baltistan; five in Islamabad; and one in Azad Jammu and Kashmir.

Since the situation remains fluid, the stats are changing fast and we’re updating them accordingly.

As the number of coronavirus cases has risen to 81 in Balochistan, the provincial government has decided to impose a 21-day partial lockdown across the province to control the spread of highly contagious disease.

Under the lockdown, which is similar to the restrictions imposed by the Sindh government, all major shopping centres, markets and food restaurants will remain closed. However, food delivery will be allowed during the lockdown.

Three more cornavirus cases have been confirmed in Sindh, taking the provincial tally to 252 and Pakistan’s to over 475.

Sindh Health Department has confirmed 11 new cases, taking the total number of coronavirus cases in the province to 249 with one death.

All cases were locally transmitted in Karachi.

Sindh Chief Minister Murad Ali Shah has appealed to people to isolate themselves for three days as his administration is making all-out efforts to stem the proliferation of the novel coronavirus which has infected 238 people in the province as of Friday.

“Please stay home to protect yourself and your loved-ones,” he said while presiding over a meeting of the provincial task force on the viral outbreak in the province.

Prime Minister Imran Khan, while addressing the media in Islamabad on Friday, said people should self-quarantine for at least another 45 days to help tackle the coronavirus crisis.

He appealed to media the houses, opinion makers and journalist fraternity among others to report judiciously so as to not create panic.

He ruled out a complete lockdown in the country which he believes would slow down the economy and increase unemployment.

“We are also developing a comprehensive economic package which will be announced on Tuesday,” the premier said during an interaction with senior journalists in Islamabad on Friday.

The prime minister said the government is going to announce incentives for the construction industry, so that day labourers associated with the industry continue to get work amid the economic slowdown in the country.

Out of the 96 cases, 71 are Iran-return pilgrims, 15 are in Lahore, two in Multan, three in Muzafargarh, three in Gujrat, and one each in Rawalpindi and Jhelum according to the breakdown given by the chief minister.

I can confirm that there are currently 96 #COVID19 positive cases in Punjab.
Out of which 71 are Zaireen, 15 in Lahore, 2 in Multan, 3 in Muzafargarh, 3 in Gujrat and 1 each is in Rawalpindi and Jehlum.

Please practice #SocialDistancing and stay safe during this Global Pandemic!

“One doctor with travel history had tested positive. He self-quarantined himself after return. He was not on duty,” she told The Express Tribune.

Earlier in the day, the department posted an ad looking to recruit doctors on a six-month contract during the COVID-19 emergency.

Sindh Health Department is looking for doctors from #Sindh to work on a 6 month contract basis during the #COVID19 emergency. Please send in your documents on the address mentioned below if you meet the criteria. #SindhHealth #CoronaInPakistan #CoronaVirusPakistan pic.twitter.com/5YnjhAE9Bc

K-P Health Department called on vendors and suppliers to contact it for procurement of essential items in the province.

Calling out all the vendors and suppliers of items to contact the Health Department for procurement of essential items in KP. This is an emergency situation and we are procuring items as quickly as possible. Please help us fight Coronavirus in KP. #CoronaVirusPakistan pic.twitter.com/n2SUvf7Mvp

The Sindh Health Department revised its tally citing a tabulation error. The number of coronavirus cases in the province now stands at 238.

Sindh Minister for Health Dr Azra Fazal Pechuho confirmed the province’s first death due to the novel coronavirus. In a video message, the Pakistan People Party (PPP) minister said a 77-year-old COVID-19 patient passed away. “He was a cancer survivor and had a history of diabetes and hypertension.”

Dr Pechohu said the patient was a resident of Karachi and did not have a travel history as the authorities believe him to have contracted the virus locally.

With a very heavy heart we’re confirming the first death of #COVID19 in #Sindh. The 77 year old patient was a resident of Karachi & had a history of carcinoma, diabetes and hypertension with no travel and contact history. #SindhHealth #CoronaVirusPakistan pic.twitter.com/NZbOQoncv3

K-P Health Minister Taimur Jhagra confirmed four new and 25 suspected cases in the province. “I will continue to release this, but please bear in mind that the next couple of weeks are ones where the bulk of our time has to go in educating the public & gearing up our response system,” he added.

Pakhtunkhwa #CoronaVirusUpdate. March 20. 25 new suspected cases, & 4 confirmations.
I will continue to release this, but please bear in mind that the next couple of weeks are ones where the bulk of our time has to go in educating the public & gearing up our response system. pic.twitter.com/OFJHPFLKPX

However, K-P government spokesperson clarified an hour later that the minister meant to tweet to out yesterday’s tally and not today’s.

It would not hurt media to just read the full tweet of the minister before reporting. Kudos to @Dawn_News for confirming from us. The minister has tweeted SitRep from yesterday and there are no new cases confirmed today. There are still 23 confirmed cases only. https://t.co/WhWIDIUCCB pic.twitter.com/c7v9SEhh2o

PM Imran Khan ordered the opening of Pak-Afghan border in Chaman early Friday. The premier asserted Pakistan’s support for its “brothers and sisters” in Afghanistan amid a global pandemic that has caused the world to close its border and impose travel restrictions.

Despite global pandemic of COVID 19, we remain committed to supporting our Afghan brothers & sisters. I have given instructions to open the Chaman-Spinboldak border & let trucks crossover into Afghanistan. In time of crisis, we remain steadfast with Afghanistan.

The United States announced it will provide Pakistan $1 million under the USAID programme to help improve monitoring and rapid response against the novel coronavirus.

The U.S.-Pakistan government partnership is helping fight #COVID19. The U.S. government is responding to #COVID-19 in #Pakistan with initial $1 million in @USAID_Pakistan funding to bolster monitoring & rapid response.

The number of positive #COVID19 cases in Punjab are 80 so far. One of the new cases is from Rawalpindi

Our teams are working tirelessly to facilitate all these patients & their close contacts. Social distancing is the best strategy to limit the spread of virus!

A situational report issued by the Balochistan government put the number of total confirmed cases at 81.

However, Sindh government has come out criticising Centre for lack of foresight in quarantine arrangements in Taftan where over 9,000 pilgrims returning from Iran were and are being quarantined by the Balochistan government in a ‘tent city’.

After completing the 14-day incubation period, the pilgrims are allowed to travel back to their cities. However, Sindh and K-P have been sending the pilgrims to isolation facilities in Sukkur and Dera Ismail Khan and running tests before allowing further travel.

The federal government maintained that health was a provincial matter under the 18th Amendment, however, Pakistan Peoples Party (PPP) argued that border management falls under Centre’s domain.

Much of the country is under a lock-down as part of sweeping measures to prevent the spread of the virus.

Sindh government began with revising the academic year by preponing summer vacations, then banned public gathering and set out to close down restaurants, gyms, social clubs, wedding lawns and halls across the province. It also shut down government offices for two weeks.

On the other hand, Punjab government chose to go digital adopting a work-from-home policy through Skype. It has also banned public gatherings, suspended entry to tourist points including Murree and restricted shopping malls to a 10:00pm deadline.

While the ban on public gatherings is nationwide, Khyber-Pakhtunkhwa government also disallowed private ceremonies in houses and closed compounds. Barbers and beauty parlours have also been ordered to close for 15 days while restaurants and eateries have been told to remain closed until April 5 but allowed to operate for home deliveries and take-away. Banks have been directed to install hand sanitisers at ATMs.

However, the NSC decision on international travel was taken back on Tuesday when the government lifted restrictions on all airports except Gwadar and Turbat.

#Coronavirus: A list of public figures who have tested positive