All depts are workin­g on propos­ed amendm­ent for the word ‘govern­ment’ in nearly 600 provin­cial laws, 900 dept...
By Rizwan Asif
Published: March 11, 2020
Tweet Email 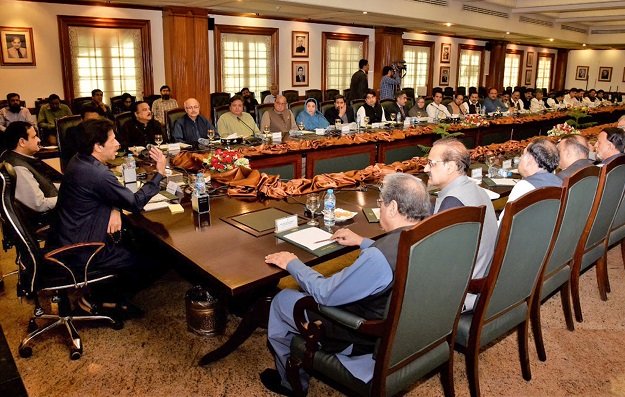 LAHORE: In a bid to expedite departmental affairs and curb unnecessary delays, the Punjab government has decided to entrust power to the bureaucracy, which is expected to relieve the provincial cabinet from the burden of government affairs.

In the regard, the Punjab Additional Chief Secretary has sent a letter to all administrative secretaries to revise provincial laws, following which every department is preparing amendments to include words like Chief Minister, Cabinet and Secretary in the legislation

Ever since the Supreme Court’s decision to interpret the word ‘government’ as ‘Chief Minister and Cabinet’ in departmental laws, trivial matters of various departments were being sent to the Punjab Cabinet, which added an extra burden on the cabinet and delayed departmental affairs.

For several decades, the word ‘government’ has referred to administrative secretary in the departmental legislature, due to which secretaries of departments would take majority of the decisions on their own. However, issuing a verdict on a case in 2016, the Supreme Court of Pakistan explicated that the meaning of the word ‘government’ in legislative documents does not refer to the administrative secretary but the Chief Minister and the Cabinet.

Pakistan Muslim League Nawaz (PML-N) government, however, failed to put the court’s explication into effect during the course of its tenure. Due to which, upon assuming power, the incumbent party Pakistan Tehreek-e-Insaf (PTI), continued to present every matter regardless of its scope in the cabinet, which in turn slowed down the pace of decision-making and implementation in the departments.

Chief Secretary Punjab, Azam Suleman Khan had a detailed discussion with Chief Minister Punjab Sardar Usman Buzdar on the situation, and the latter had also agreed on resolving the issue. Following the discussion, a sub-committee of Punjab Cabinet, led by the Provincial Minister for Law Raja Basharat was formulated and tasked with preparing recommendations for resolving the issue.

The Punjab additional chief secretary in a letter to all administrative secretaries of the provincial departments, had asked to closely review the laws and rules of their respective departments and recommended delegating authority to the Chief Minister,  the Punjab Cabinet and the Secretary, in places where the word ‘government’ had been used as legal authority.

Hindus celebrate Holi with simplicity amid atrocities in Kashmir