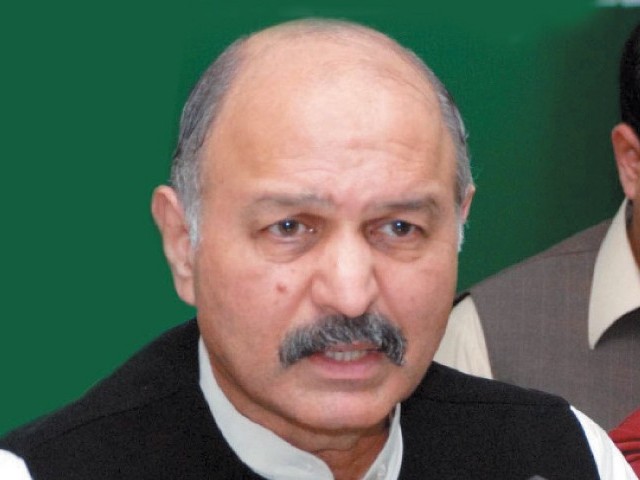 ISLAMABAD: In 1984, the then minister of finance, revenue & economic affairs Ghulam Ishaq Khan surprised a journalist by saying that he was busy making the budget for five provinces.

When the journalist curiously inquired about the 5th province, the minister had quipped “Afghanistan is also our responsibility.”

Later, when the same journalist had suggested to the then Inter-Services Intelligence (ISI) Director General (DG) that the opportunity existed for Pakistan to accept the Durand Line as the international border, the DG ISI had replied that “our border would be the Oxus River – Amu Darya – the border between Afghanistan and the Soviet Union.”

“We believed Afghanistan was an extension in our control, until we changed this policy,” journalist-turned-politician Mushahid Hussain Syed said as he recalled both incidents on the Express News programme, ‘The Review’, as he answered a question on who should really be credited for the historic Afghan peace deal.

“If Imran Khan is taking credit, he can do so because he is the prime minister of Pakistan and it is happening under his watch. However, solution through negotiations was not just Imran Khan’s stance, it was state policy,” he said.

“Imran Khan is not the only one who has favoured negotiations to resolve the Afghan issue. It has been Pakistan’s stated policy that peace in Afghanistan could only be achieved through reconciliation, peace negotiations and settlement,” said former foreign minister Hina Rabbani Khar.

“I don’t think anyone should claim credit for the current situation, including Pakistan and the Taliban,” the ex-foreign minister said during the show, adding that foreign or economic policy issues should not be made partisan.

“Our ambition, especially that of General Zia, was to have an Islamic Republic of Afghanistan under Gulbuddin Hekmatyar to liberate central Asia,” veteran politician Mushahid Hussain Syed said. “When the US finally reached an agreement with the Soviet Union,” he went on to say, “Ziaul Haq was a hindrance in the process and the US had to ultimately remove him.”

Though he did not go into details, the statement suggests that the plane crash of the former military ruler on August 17, 1988 was a result of sabotage by powerful elements.

Soon after the US and the Taliban signed the landmark peace agreement after nearly two decades of war that would lead to US troops’ withdrawal from Afghanistan in the next 14 months, politicians and pundits in Pakistan began debating on who should get the credit for the Afghan peace deal.

Among others, Pakistan Tehreek-e-Insaf (PTI) leader Jahangir Khan Tareen tweeted that the US-Taliban peace deal was a huge acknowledgement of PM Imran Khan’s persistent stance on the US-Afghan war. “He has vehemently opposed the use of military force since day one and has always been an advocate of a peace dialogue. Today’s agreement proves he was right all along,” Tareen stated.

“It’s a good thing that Pakistan’s security establishment changed its policies and we witnessed the historic day,” Mushahid Hussain Syed further said, adding that it was a win-win for the US, Afghanistan, Pakistan and the region. Earlier, he said, Pakistan believed that Afghanistan was ‘strategic depth’ and its trusted friends should be installed in the Afghan set-up. However, he added, the policy was changed and Pakistan decided not to interfere in Afghanistan and work to bring peace to the country.

Pakistan cooperated completely after 9/11 but the shift came when the US attacked Iraq without stabilizing Afghanistan, Syed expressed. He added that the US had now tasted defeat in a land war for the third time in Asia in the last 50 years – Vietnam, Iraq and now Afghanistan.
The peace agreement is the most significant development after 9/11 as Pakistan has given face-saving to the defeated US troops, he said. While linking peace in Pakistan with Afghanistan, he made it clear that the US had not only endorsed Pakistan’s stance but also appreciated its positive role in the Afghan peace deal.