US, Taliban to sign landmark deal in Qatar today

US, Taliban to sign landmark deal in Qatar today 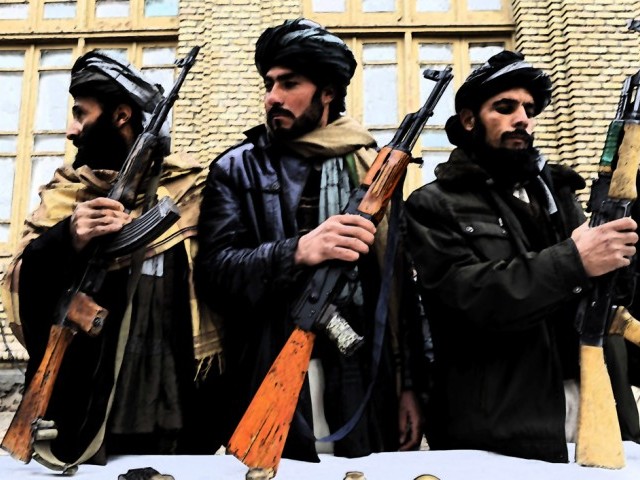 ISLAMABAD: The United States and the Afghan Taliban are set to sign a historic deal in Doha today (Saturday), bringing an end to America’s longest, costliest and deadliest war and raising hopes for peace in the strife-torn country.

The peace deal is likely to be signed by Mullah Abdul Ghani Baradar, the co-founder of the Taliban movement and a top US official.

Foreign Minister Shah Mehmood Qureshi, meanwhile, will attend the ceremony from the Pakistani side.

Ahead of the ceremony, Qureshi told an audience at Pakistan’s Embassy in Doha that the US-Taliban deal is vindication of Islamabad’s stance that there is no military solution to the Afghan imbroglio.

Pakistan has played a key role in brokering the deal between the US and the Taliban since it not only facilitated the talks but also persuaded the insurgents to show flexibility on the issue of reduction of violence as well as an intra-Afghan dialogue.

Delegates from other countries will also attend the ceremony while the Taliban said the brother of the Taliban deputy chief, Anas Haqqani, who was recently freed by Afghanistan and Australian professor Timothy Weeks, remained in the captivity of the Taliban from 2016 till his release recently, would also witness the signing ceremony.

Although official details are not available yet, the proposed agreement envisages a timetable for the withdrawal of US troops, release of prisoners by both the sides and guarantees that the Taliban will not allow the Afghan soil to be used again by terrorist groups such as al Qaeda.

Observers believe the deal cannot be called a peace deal but rather an agreement that would pave the way for an intra-Afghan dialogue.

The talks between the Taliban and other Afghan groups – including the current Kabul administration – will hammer out crucial issues such as the post-US troops withdrawal political set up, a permanent ceasefire and rights of minorities, women and other matters.

Sceptics ask whether the Taliban would show any flexibility in their hardline approach, particularly towards the rights of women.

In a recent Op Ed, Sirajuddin Haqqani, the deputy Taliban chief, attempted to portray the Taliban as an outfit willing to reach a compromise on certain issues. Haqqani spoke about women’s rights as well as establishing relationship with western countries – including the US.

The major challenge, nevertheless, remains whether all Afghan groups would evolve a consensus on the future political dispensation in Afghanistan. The recent controversy over the presidential elections has further compounded the problem.

Ashraf Ghani, who was declared a winner, was set to take oath earlier this week but had to postpone the ceremony on the US request. His rival Dr Abdullah Abdullah contested the election results and claimed victory.

The internal wrangling has threatened to undermine the talks between Taliban and US.

Meanwhile, Secretary of State Mike Pompeo said on Friday a significant reduction in violence in Afghanistan was witnessed during the past six days.

Pompeo, testifying before the House of Representatives’ Foreign Affairs Committee, also said Washington is watching to see whether neighbouring Iran may seek to play a spoiler role in Afghanistan, where the United States has roughly 13,000 service members stationed.

“We have seen just these last six days a significant reduction in violence in Afghanistan,” Pompeo said during a hearing that was to be devoted chiefly to Iran and Iraq but that touched on other topics, including the spread of the coronavirus.

He said there was a history of Iran taking actions inside Afghanistan “to act as a spoiler”.

“We are watching closely to see if the Islamic Republic of Iran begins to take even more active measures, that undermine our efforts at peace and reconciliation in Afghanistan and just as importantly put our American soldiers who are on the ground… at risk as well,” Pompeo added.

The meeting in Doha was part of crucial confidence-building mechanism between the warring sides, two senior government officials in Kabul said.

The Taliban want the release of over 5,000 detainees before launching direct negotiations with the Afghan side for a permanent ceasefire, a stumbling block in efforts to end the war.

A senior Taliban leader in Doha said both sides were working on “different angles to overcome the difference on prisoner swap”. The Afghan delegation has no authority to agree on a prisoner swap. It will consult and report back to the president, another official said.

A senior official in the Afghan president’s office said Ghani was reluctant to send a delegation to discuss the prisoner swap with the Taliban before the US-Taliban deal is formalised as Kabul is not a signatory to that bilateral agreement.

“But he now realises that a meeting is crucial at this juncture. This golden opportunity cannot be lost,” said the official, requesting anonymity.

The seven-day “Reduction in Violence” (RIV) pact that took effect on Feb 22 and is set to culminate in the signing of an agreement between top US and Taliban negotiators on Saturday in Doha, the Taliban’s political headquarters.

Sediq Seddiqi, a spokesman for President Ghani said RIV has been an important step towards an enduring ceasefire as the number of attacks has been low by the Taliban.

“Our monitoring groups will provide us with their assessment of the week. We hope that RIV continues after signing of US, Taliban agreement, leading to a ceasefire.”