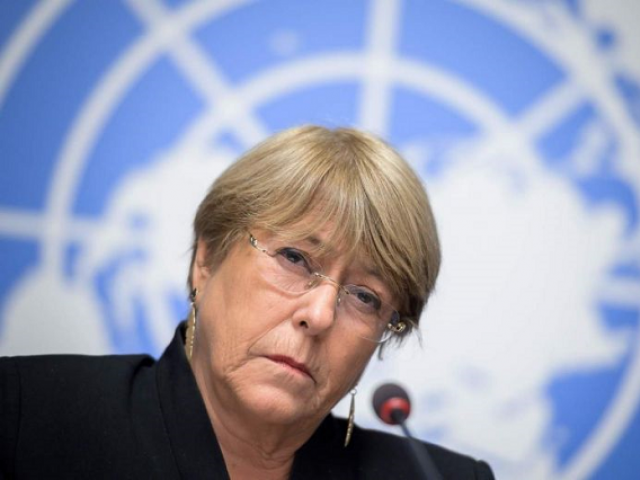 UN human rights chief has expressed “great concern” over India’s controversial citizenship law and said she was worried over reports of police inaction in the face of assaults against Muslims by other groups during the recent communal riots in New Delhi.

On Thursday, UN High Commissioner for Human Rights Michelle Bachelet while addressing the 43rd session of the Human Rights Council in Geneva, voiced her concern over the attacks on Muslims in New Delhi and India’s citizenship law.

“In India more broadly, the Citizenship Amendment Act adopted last December is of great concern. Indians in huge numbers, and from all communities, have expressed – in a mostly peaceful manner – their opposition to the [Citizenship] Act, and support for the country’s long tradition of secularism,” she noted.

“I am concerned by reports of police inaction in the face of attacks against Muslims by other groups, as well as previous reports of excessive use of force by police against peaceful protesters,” she added.

“This has now widened into broader inter-communal attacks. I appeal to all political leaders to prevent violence.”

Bachelet, a former president of Chile, also expressed her concern over the situation in Indian Occupied Jammu and Kashmir, where New Delhi imposed a security and communications lockdown in August last year after revoking the region’s semi-autonomous status.

Thousands of people including politicians and students were detained and strict communication and military curbs were imposed to prevent protests.

“In [Occupied] Jammu and Kashmir, though some political leaders have been released and ordinary life has returned to normal in some ways, 800 people still remain under detention,” Bachelet noted.

“Schools, businesses and livelihoods have been disrupted by the continued heavy military presence, and no steps have been taken to address allegations of excessive use of force and other serious human rights violations by security forces,” she added.

The UN human rights chief said that while internet and mobile services had been partly restored in the disputed territory following an order from the Indian Supreme Court, excessive restrictions remained on the use of social media.

Bachelet had expressed “deep concerns” over India’s citizenship law and the situation in Occupied Kashmir last year as well.