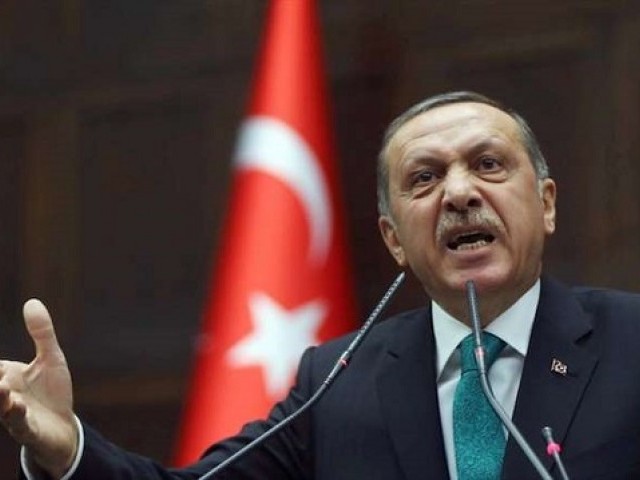 Turkish president lashes out during a speech in Ankara after violence broke between mobs of Hindus and Muslims. PHOTO: AFP/FILE

ANKARA: Turkish President Recep Tayyip Erdogan hit out on Thursday against “massacres” of Muslims in India after communal riots in New Delhi left at least 33 dead.

“India right now has become a country where massacres are widespread. What massacres? Massacres of Muslims? By who? Hindus,” Erdogan said during a speech in Ankara after violence broke out this week between mobs of Hindus and Muslims over a citizenship law.

Sporadic violence hit parts of Delhi overnight as gangs roamed streets littered with the debris of days of sectarian riots that have killed 34 people.

The unrest is the latest bout of violence over Prime Minister Narendra Modi’s citizenship law, which triggered months of demonstrations that turned deadly in December.

Erdogan’s growing fame as ‘mediator’ and a ‘peace maker’ is acknowledged worldwide. According to an annual popularity index of world political leaders released by Gallup International in collaboration with Gallup Pakistan, President Erdogan has emerged as the most popular Muslim leader in the world.

In pictures: Amid Delhi’s blood-letting, a Hindu bride weds in a Muslim neighbourhood