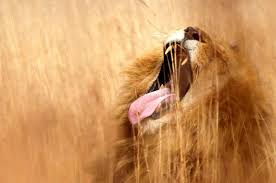 A Reuters file photo of a lion

Officials in Lahore’s Safari park have recovered bloodied clothes and remains of a person from an enclosure housing lions.

Park officials now suspect that the remains are of 18-year-old Bilal, the missing youth. The youth’s uncle has said the family sought the help of park officials for locating him.

Deputy Director Chaudhry Shafqat Ali, a senior park official, said the youth might have jumped the fence into the lion enclosure and added that all visitors are given tours on dedicated cards.

“It is impossible for anyone to waltz in like that.”

An inquiry has been launched into the incident and the remains have been sent for a forensic examination.