In pictures: Hindutva mobs go on rampage in New Delhi

Weinstein conviction should be a wakeup call for Pakistani showbiz: Saba Qamar

The #MeToo movement’s biggest expose has also turned out to be its biggest victory.  Hollywood media mogul Harvey Weinstein was convicted of criminal sexual assault and third-degree rape by a New York court following testimonies of a former production assistant Miriam Haley and the then, aspiring actor Jesica Mann.

Apart from these two testimonies based on which the court proceeded; Weinstein was accused of predatory behaviour by close to 90 women, reported The Hollywood Reporter.

Accusers also included leading names such as Salma Hayek, Angelina Jolie among other actors and Weinstein’s former employees. The head of the Weinstein Company now faces a minimum of five years to a maximum of two decades in prison. 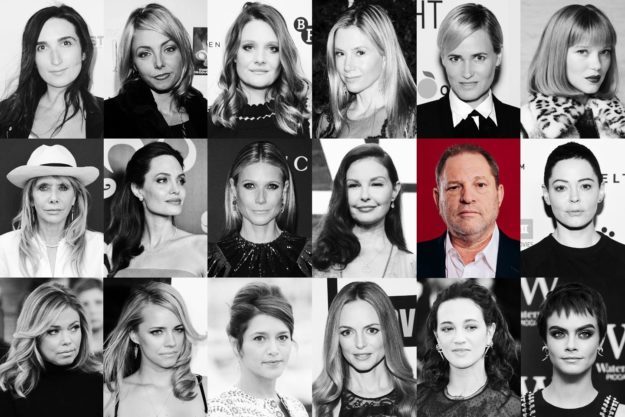 His conviction is historic not only because he was found guilty solely based on testimonies and no physical evidence but also because no one saw a media god as resourceful and powerful as Weinstein being charged. This is perhaps the kind of support and acknowledgment  #MeToo movement needed to further legitimise its cause and gain more widespread appeal around the world.

The #MeToo movement has had its fair share of impact in Pakistan aswell. Survivors have started to use #MeToo to call out alleged predators and harassers but we are yet to see a major win in the courtroom. Critics and legal experts have also pointed out the shortcomings of the Anti-harrasement laws in Pakistan which is a necessary debate for any Weinstein-like showdown to take place.

In spite of the legal loopholes and the unlikeliness of a major trial in Pakistan, Saba Qamar, who is known for playing powerful characters on Pakistani telly and has lent support to issues such as child marriages and abuse has a reason to be optimistic in the post-Weinstein #MeToo world.

She feels that the Weinstein verdict should be a red signal for the Pakistani showbiz industry now that a court has given a verdict based on survivor testimonies.  “I am glad the Weinstein verdict came in favour of the survivors because now we have a tangible example of an accused being confirmed a predator by the rule of law. That is our biggest win,” Qamar tells The Express Tribune.

According to the Cheekh actor, exploitation based on sexual favours and incidents of harassment and abuse are as common in the Pakistani entertainment industry as they are in any other showbiz circuit. What we lacked was a due course of action so that real predators can be convicted and not just shamed.

“It is eventually the rule of law that decides who is guilty not you and me no matter how true our stories maybe. I am not ashamed to admit that sexual exploitation, sexual harassment, and abuse is a common practice in our industry and it is high time we start reporting such cases,” says Qamar.

An industry that essentially relies on glamourising your personality, specifically the physical traits, develops a mechanism based on consensual and non-consensual favours across the food chain. This can't be truer for the small but significant Pakistani entertainment industry. 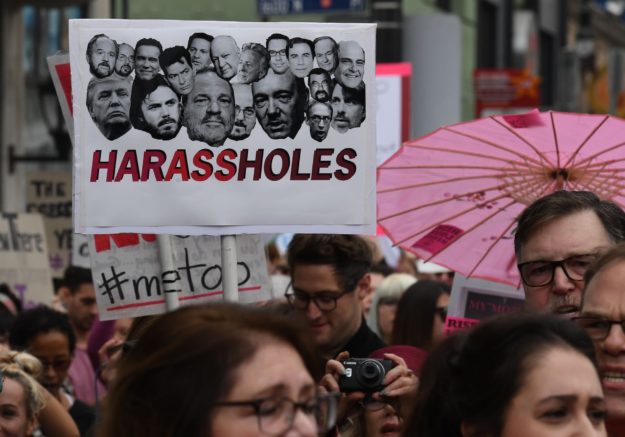 What the larger audience ends up witnessing are harassment allegations on and by public figures and ‘stars’ but no one talks about the extra, the backup dancer, who is routinely harassed, or forced into sexual favours by an Assistant Producer (AP) or the Line Producer in charge.

In her personal experience, Qamar herself has received calls from a shady director or producer implying what can easily be understood as a setup for a ‘favour’ and that’s where you have to be smart, she says. “I believe no woman is a bechaari(helpless), all of us are powerful in our own ways and should be cautious and smart about an unwanted situation that can be avoided. And mind you, such predatory advances and behaviors are not just limited to the showbiz industry.”

Qamar is of the opinion that often the discourse around sexual harassment and the #MeToo movement is misled into being very gender-specific, which it isn’t and it shouldn’t be. In fact, men and children are also, routinely subjected to abuse just like women.