The board of about 45 market commit­tees has been notifi­ed
By Rizwan Asif
Published: February 25, 2020
Tweet Email 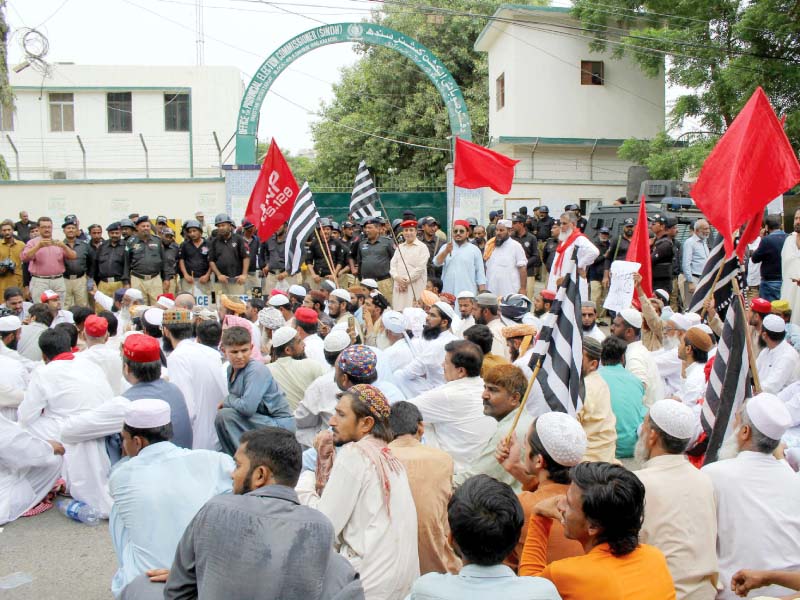 LAHORE: Punjab government has started appointment of 1,690 political leaders and party workers in the market committees of the province. Clearance is being sought from the Special Branch for the selected names for the 13-member board of each market committee.

As per Pakistan Muslim League Q (Quaid e Azam Group)’s power-sharing formula, the political workers and leaders nominated by the party will be included in markets of four districts, whereas the Board of Directors are obliged to elect the Chairperson and Vice-Chairperson of the Market Committee from among its members after a voting process. However, the names for the two positions have already been chosen unofficially and all board members are being urged to vote for the pre-decided names in advance of the balloting process.

According to sources, the board of about 45 market committees has been notified and elections for Chairperson and Vice-Chairperson have also been conducted. In addition to that, under the Punjab Agricultural Marketing Authority Act (PAMRA), a consensus has been made between the middlemen and the Agricultural Marketing Department (AMD) to set the market fee rate at 0.6% through which the annual revenue of market committees is estimated to increase by 350% to Rs 4 billion. Under the new law, a legal consultant is also being hired to draft the new rules for the market committees.

Moreover, a third change is expected to take place at PAMRA’s Director General (DG)’s office in the near future whereas earlier, first DG PAMRA Ali Arshad was also changed a few weeks after the appointment. PAMRA’s current DG is expected to attend a senior management course in the near future and sources close to DG Hafiz Shaukat, who was posted a few days ago, revealed that he is likely to be included in the course as well.

As per details, on 15 September 2019, the government of Punjab signed an act to abolish the outdated system of market committees in the province and implement the new Agricultural Marketing System, and the gazette notification of the act was issued later on 26 September. Under the new PAMRA regulations, the market committee will be constituted of 13 members and two farmer representatives, as well as representatives from the labourers working in the market and Middlemen Association.

On the other hand, the Prime Minister and the Chief Minister have been under pressure to accommodate political activists and leaders in the market committees. According to informed sources, some thousands of names were recommended in the list, especially for the Chairperson of 130 market committees which garnered over 500 recommendations. In some districts, different names were recommended from various Pakistan Tehreek-e-Insaf (PTI) power groups, which created a confrontational situation. Meanwhile, the restructuring of market committees and the drafting and development processes have led to delays of over several months. However, now the government has started selecting names for the 13-member board in the market committees and notification of members of the 45 market committees has been issued and clearance for the selected names from the Special Branch is underway, before being notified of the appointment of the board members.

Talking to The Express Tribune, Chairperson PAMRA Naveed Bhindar said that government has started appointment of board members of market committees. “The government is particularly appointing those individuals who can work for agriculture marketing for the economic development of the rural community and farmers.” Bhindar maintained that consensus has been made to fix the 0.6 % market fee rate and hoped that annual revenue will increase up to about Rs 3 billion. “For the betterment of the system, we hope to hire a qualified person from the private sector at the post of DG of PAMRA,” he concluded.