Punjab govt to bear Rs193b subsidy on OLMT in 20 years

Punjab govt to bear Rs193b subsidy on OLMT in 20 years 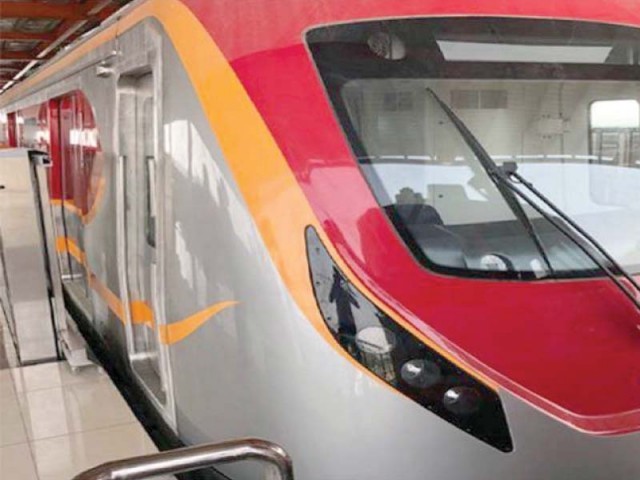 LAHORE: The government will pay Rs193.556 billion subsidy on the Orange Line Metro Train (OLMT) in the next 20 years, including Rs12.72 billion this year.

The authorities have prepared a 20-year subsidy report about the Orange Line Metro Train project that is a mass transit scheme for the provincial capital. The officials concerned have decided to submit the report to the provincial assembly.

It is estimated that every year a subsidy of Rs9.51 billion will have to be paid on average. The 20-year estimate has been prepared with the aim to keep the train fare at Rs30. The government will repay the loan of the Orange Line Train project between 2024 and 2036.

The former government did not make the contract public despite repeated opposition demands. Directives of the Auditor General of Pakistan were also ignored by the Mass Transit Authority and the agreement was not made public.

The Punjab Mass Transit Authority has demanded Rs4 billion to make functional the Orange Line Train. An additional amount of Rs2.142 billion would be spent after every three months to keep the metro train operational.

An amount of Rs3.115 billion has been sought as mobilisation advance and Rs679.8 million for electricity, water and sewerage and security. In addition, Rs480 million has been demanded for operations, fare and cleaning staff, thus the budget of a project starting at an initial cost of Rs162 billion has increased multiple times.

Punjab Mass Transit Authority General Manager of Operations Syed Uzair Shah said while talking to The Express Tribune that the Orange Line Train is a public welfare project and a Chinese firm has been awarded the tender. For eight years, the Chinese company will be paid Rs430 million a month. He said the project will help save Rs32 billion in vehicle operating cost and travel time in the first year of its operation. He further said that such projects often are capable of repaying their cost but they have to be subsidised because of their role of public welfare.