Afghanistan's soil will not be used against any country: Taliban

Afghanistan's soil will not be used against any country: Taliban

Partia­l truce is in effect in Afghan­istan since Februa­ry 22
By News Desk
Published: February 24, 2020
Tweet Email 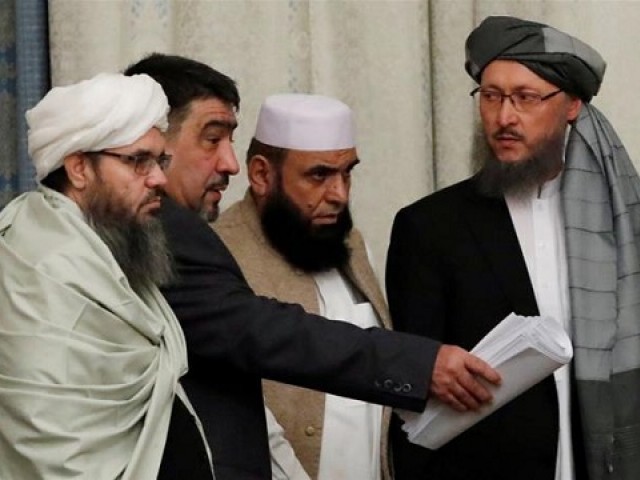 The Afghan Taliban would guarantee that the country’s soil would not be used against any country after the insurgent group signs a peace deal with the United States, hopefully bringing an end to the now almost two-decade-long war.

Speaking to the BBC Urdu, Spokesperson Sohail Shaheen of the political office in Qatar added that US withdrawal from Afghanistan would also build confidence in the peace deal.

Since February 22, a partial truce is in effect between the two sides in Afghanistan. The Taliban spokesperson added that the purpose of this truce was to provide an environment conducive enough to sign a peace accord.

“Following the signing of the agreement, the two sides will take various steps to build trust,” Shaheen said.

Earlier, US President Donald Trump said he would sign a peace deal with the Taliban if one were eventually reached in Afghanistan, but insisted that his decision is contingent on the progress during the week of reduced violence, which began last week on Saturday.

“Yes,” he told reporters at the White House as he prepared to depart on a trip to India. “I would put my name on it,” he added. Trump was not specific about what document he would be willing to sign but said decisions were contingent on progress during the initial truce.

He said the cooling-off period has been holding up. “It’s a day and a half. We’ll see what happens. I want to see how this period of a week works out,” he said.

“If it works out over the next less-than-a-week, I would put my name on it. Time to come home. And they want to stop,” he said. “I think the Taliban want to make a deal too. They’re tired of fighting.”

The Taliban spokesperson added that “appropriate steps would be taken to release prisoners held in the custody of both sides” after the peace deal is signed.

“America will release their prisoners and those who are in Taliban’s custody, will be released,” the spokesperson said.