Almost 15 people have died by a myster­ious gas leak and we are unable to find out what the cause of this is.
By Kamal Siddiqi
Published: February 24, 2020
Tweet Email 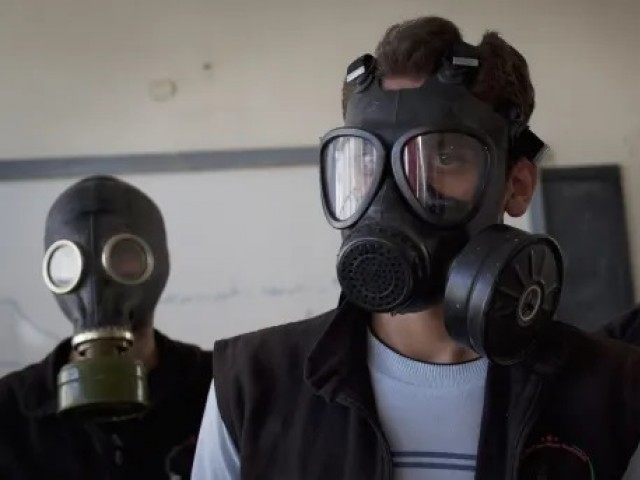 Since mid-February, Karachi has been in the grip of fear owing to the death of people living in the port area of Keamari. At least 15 people died in two days due to the release of some ‘mysterious’ gas in the area. To date, the government has been unable to properly explain the cause of these deaths.

In the first round, seven deaths and over 100 sick people were reported due to release of a “toxic gas” in the localities adjacent to port area. The bodies and patients were taken to two major hospitals in the area for treatment. At the time, Faisal Edhi of the Edhi Foundation alleged that the port authorities were trying to hide the facts, By the next day, eight more people had been reported death and over 400 had fainted as media reported another release of the apparently the same toxic gas.

The Karachi Port Trust denied the release of any deadly gas from any ship anchored at the port. Federal Minister for Maritime Affairs, Ali Zaidi released a video clip showing him on a KPT motor boat near ships and claimed that the area was safe.

About this time, the International Centre for Chemical and Biological Sciences (ICCBS) released a report confirming that soybean dust (aeroallergens) was found in the blood and urine samples collected from the bodies at the morgue and the sick admitted in hospitals. The offloading of soybean from an anchored ship was immediately stopped and since then no death or injuries have been reported.

The ICCBS press release said a similar incident had happened in Barcelona, Spain where deaths had occurred due to the release of soybean dust, which could cause severe allergy with symptoms like breathing difficulties and ultimately death if the affected people are not provided immediate medical attention. The Sindh government has also taken this line.

But many have challenged the soybean dust explanation. Some doctors and plant protection department’s officials argue that in case of soybean dust, the workers and staff at the port would have been the first victims. But all of them had remained safe. Moreover, a senior chest specialist, Dr. Nadeem Rizvi, told the media that in his professional opinion, soybean dust cannot cause deaths.

The mystery has deepened further as the Environmental Protection Agency released the air quality report by a private laboratory, which indicated the presence of toxic chemicals in the air. Rumours and uncertainty continued as the government was clearly not in control.

Then there was a rumor that a fumigation company was spraying a toxic gas in a container which had leaked. However, the company denied it saying the fumigation had been performed in the presence of quarantine officials.

The department of Plant Protection also rejected reports claiming imported soybean consignment, vessel or secondhand clothing fumigation was responsible for the deaths of people in Keamari. It said that The subject ship carrying import consignment of soybean for oil extraction purpose was not fumigated with Methyl Bromide as it was found free from live insect pests at the time of inspection at port conducted by the Quarantine Inspectors of DPP. The department said none of its inspectors or the ship’s crew members experienced any problems on the ship.

By the end of the week, a senior politician maintained that the theory about soybean dust causing the recent deaths in Karachi’s Keamari neighbourhood appeared to be an attempt to protect the people actually responsible for the crime. He said that Pakistan has been importing soybean for four decades and is also supplied to several other countries but something like this has never happened before.

Senator Pervaiz Rasheed of the PML-N told the Senate Standing Committee on Climate Change that top government doctors have claimed that a fumigant containing methyl bromide might be the actual culprit.

We seem to be going in circles. Almost 15 people have died by a mysterious gas leak and we are unable to find out what the cause of this is. Unless we do not know the cause, how can we prevent future occurrences? Is there no accountability?