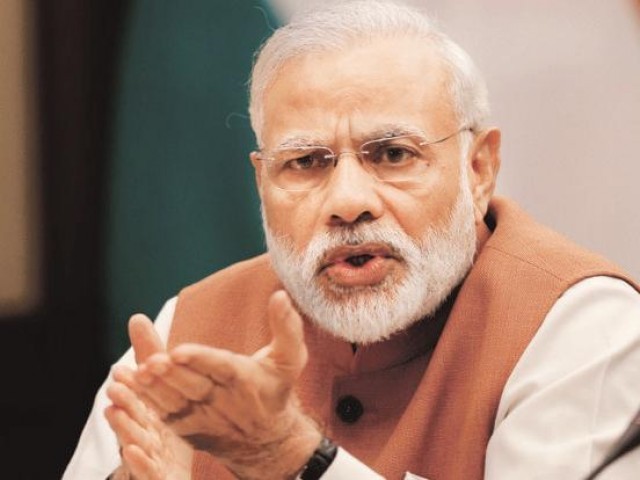 At a conference in Munich last week, when discussing Kashmir, American Senator Lindsey Graham mused, “When it comes to Kashmir, I don’t know how it ends, but let’s make sure that two democracies will end it differently.” By ‘two democracies’ he meant India and Pakistan. Indian Foreign Minister S Jaishankar, who was on the panel, retorted, “One democracy will settle it and you know which one.” No points for guessing which one. Forget the arrogance, there is a method to this bluster.

The Financial Action Task Force (FATF) of the G-7, dedicated to anti-money laundering steps, was expanded to include anti-terror financing after 9/11 to comply with the dictates of the UNSC Resolution 1267 dealing with global actions against terrorism. The FATF thus became a two-pronged statute and process-driven effort to stem the odious use of international finance. Under it, Pakistan was added to the watch list in 2018. This was the third time since 2001 that Pakistan was under the spotlight. The last two times Pakistan instituted corrective measures in compliance of the statutes and stood exonerated. Not so this time when it was roped in again in 2018.

The language of the terms of the group and its processes are quite diffused and open to interpretation, hence manipulative. One of the 37 members who decide upon the status of a nation’s listing — white, grey or black with attendant regime of sanctions for the offender — is India. For long now Pakistan has complained to the international community that its grey-listing since 2018 is at the behest of some members who aren’t purely pursuing a legal or financial scrutiny (read: India and its cohorts exerting their influence to blacklist Pakistan or threaten it with one), but is patently political in intent. The US has been rather direct in asking Pakistan to ban entities which have long irked India for their alleged role in Kashmir’s freedom struggle over the decades; Hafiz Saeed, the most bashed and irksome.

The tenor at FATF thus graduated from being purely legal-financial and remedial to militaristic and political, far exceeding the FATF domain. The concurrent fiscal pressure on Pakistan to revert to the IMF for assistance meant Pakistan had little space to manoeuvre. It had been beautifully set up for a double whammy. Pakistan only recently sentenced Hafiz Saeed to 11-year imprisonment. All his earlier arraignments before the law had been quashed by the courts for lack of evidence but the combined pressure of the FATF and relentless calls by the US to bring him “to justice” meant it could win Pakistan relief. We complied. India got what she wanted implicitly indicting Pakistan for Mumbai and exposing it to even more questions on the fidelity of law and its processes. We still haven’t broken free from the FATF jail and may have compromised on more.

While we were consumed by the fear of the FATF blacklisting us, India played out its next act. Aware of what was to follow, it intended to subdue Pakistan into acquiescing when India changed the status of Kashmir through blatant legislative aggression. To that end, it launched a preparatory aerial attack by IAF fighters on Pakistani territory. Restricting aggression to Kashmir had been the norm on both sides even as it was fiercely contended, but this was an outright and deliberate targeting of Pakistani territory. The February 26, 2019 attack is well-chronicled, dissected and analysed in great detail. Pakistan followed suit on February 27, 2019, drawing dividends which surprised Indians.

Convinced that a cornered Pakistan, after years of strategic straitjacketing under an international spotlight and on the back of a weak economy would have little left in it to face off a significantly superior adversary — one that stood knocking at the door of the big league — it instead got numbed into inaction with the ferocity and lethality of Pakistan’s response. While Pakistan delivered a body blow to Indian arrogance, it did not keep India from revoking the Kashmir clauses from its Constitution. How will such violation of the UNSC resolutions, the Simla Agreement and the human rights of a deprived and incarcerated people manifest, is yet to show itself. However, Pakistan reinforced its credentials as a formidable party to the dispute of Kashmir who would not give up on the issue under imposed coercion.

Modi’s blunderous revocation of Article 370 brought Kashmir to the dead centre of an international debate on India’s fascist ways. Add to it yet another excess around the BJP/RSS agenda of discounting Muslims as India’s citizens in the shape of the Citizens Amendment Act (CAA) and the National Register of Citizens (NRC) and it makes for a tinderbox within India. Modi is out to change the character of the Indian society and has faced the severest backlash in a long time. India is calling him out on his hideous ways. People of all hues and creeds defy the Modi sarkar daily and add renewed strength to this movement of defiance. This is Modi’s newest front. Devolving out of RSS’ agenda these have turned into grave errors of Modi waking the world to the institution of cruel civilisational polarity within India. This has brought the plight of the Kashmiris in the spotlight, too, as more of India appears as a disturbed and agitating society. The continued incarceration of over 200 days in Kashmir is now a telling tale of a blighted people which finds traction in world capitals.

When the two inflect in time — the internal (CAA and NRC) and the external (Kashmir) — these can implode throwing open diverse options. There is simply too much invested in blood, hope and dreams for the Kashmir cause to die away. Modi says he will not go back on the CAA, while the NRC awaits a staggered introduction. The weight of the Hindutva may just break India’s back. Pakistan has done well by taking the cause of the muted Kashmiris to the world. And even as it sticks to its diplomatic, political and moral planks of support, for now it shall be the intensity in each of these domains which will conflate with the two developing dynamics to deliver what has long evaded Kashmiris and this region. Kashmir is at that tipping point and this is no time to back off from it. Modi’s (mis)steps may provide for crowning the decades of fighting the principled cause of Kashmir. Either way, it is time for the matter to settle.

S Jaishankar spoke of five disruptions (revised military structures, convergences, simultaneity and risk-taking, technology-based economy, and competing policy objectives) which are deliberately introduced to attain Indian objectives. Except that disruptions throw up a chaos whose consequences may not be in anyone’s control. Nature and people, driven by competing ideals, interact differently to deliver other than planned ends. This region is looking at just one such moment. We need to be up to speed to seize the moment when one presents.