External public debt inflows surge to $6b in Jul-Jan

External public debt inflows surge to $6b in Jul-Jan 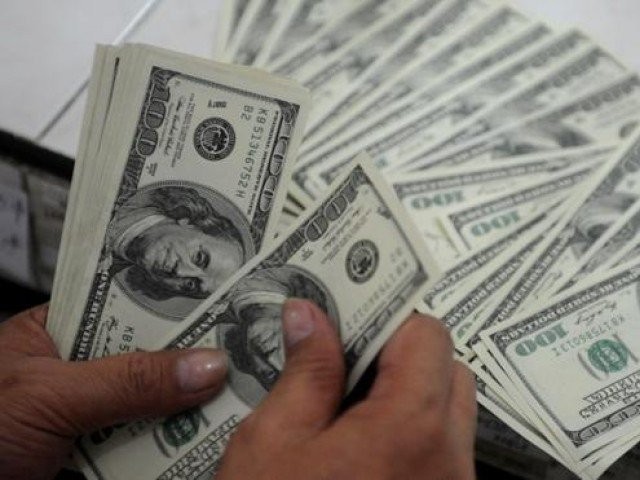 ISLAMABAD: Gross external public debt inflows surged to $6 billion in first seven months of the current fiscal year – higher by 138% – on the back of major inflows from the Asian Development Bank (ADB) and China – the two creditors that are not toeing Washington’s line.

Inflows from China and the ADB have helped Pakistan meet its external financing needs amid the World Bank president’s criticism of the Manila-based lending agency for bailing out Islamabad.

Bilateral and multilateral creditors and commercial banks disbursed $6.01 billion in loans in July-January of fiscal year 2019-20, according to figures compiled by the Ministry of Economic Affairs.

The figures did not include the repayments, which were only available for the six-month period.

The Ministry of Finance last month said Pakistan paid back $3.8 billion to its international creditors in six months.

In addition to the $6 billion in gross public debt inflows, Pakistan also received $3.32 billion as investment in the government’s debt securities, known as hot foreign money.

Loans of $6 billion were equal to 47.7% of the projected $12.6 billion worth of borrowing the Pakistan Tehreek-e-Insaf (PTI) government has targeted to secure in the current fiscal year in a bid to bridge the current account deficit and meet the debt repayment requirement.

The International Monetary Fund (IMF) has estimated Pakistan’s gross financing requirement at $27.3 billion for the current fiscal year and expects that the country will receive $18.8 billion through official channels.

The seven-month disbursements were higher by $3.5 billion or 138% compared with gross loans of $2.5 billion in the same period of previous fiscal year.

Breakdown of the $6 billion worth of loans indicates that Pakistan’s external debt woes will not ease in the near future and it will keep taking new loans to repay the old ones.

Out of the $6 billion, Pakistan received $5.2 billion or 86.3% in non-project aid, which has been used to either finance the budget, build foreign currency reserves or buy oil.

Out of this, the direct budget and balance of payments support stood at $4 billion or 66% of the total loans.

Manila-based ADB has so far provided $2.12 billion, exceeding the annual target of $1.7 billion. However, out of the $2.12 billion, the ADB’s budgetary support amounted to $1.8 billion including a billion dollars in crisis response facility.

Malpass said the ADB was “pushing billions of dollars” into a fiscally challenging situation in Pakistan.

As compared to the ADB lending, the World Bank has not come forward in a major way to help Pakistan meet its financing needs in challenging times. Historically, the World Bank and the IMF has acted in unison.

The World Bank has released just $244 million so far against the annual estimate of close to $1.2 billion. The World Bank’s disbursements were hardly 22% of the annual projection.

The World Bank is expected to approve policy loans next month but after its president’s statement, it remains to be seen whether the lender will still approve the scheduled loans or not.

The borrowing of $6 billion in July-January of current fiscal year included $1.8 billion in commercial loans, which was equal to 90% of the annual borrowing target of $2 billion.

Disbursements by bilateral lenders stood at $567 million, which was higher than the annual target of $480 million. China disbursed $433.4 million in project financing in the first seven months of the current fiscal year.

In addition to that, a Chinese commercial bank disbursed $700 million in commercial loan, taking its contribution to $1.1 billion or 19% of the total disbursements.

The Islamic Development Bank disbursed $638 million under the oil credit facility out of the total of $1.1 billion. Saudi Arabia has so far given $581 million worth of oil against the annual credit facility of $3.2 billion.

The IMF has barred Pakistan from returning Chinese loans during its programme period. The $700-million in the commercial loan was, in essence, the rollover of a similar facility that Islamabad paid back in September last year.

During the inconclusive second review talks, the IMF had objected to repaying the Chinese loans, according to sources.

The government has not yet floated global bonds against the annual borrowing target of $3 billion. The Ministry of Finance had planned to float bonds in November last year but it has not yet given the reason for delay.

The government is also relying on hot foreign money, which has so far been amounted to $3.3 billion. But this money is coming at the expense of growth in local industries.

In order to attract hot foreign money, the central bank has kept the key interest rate at 13.25%.