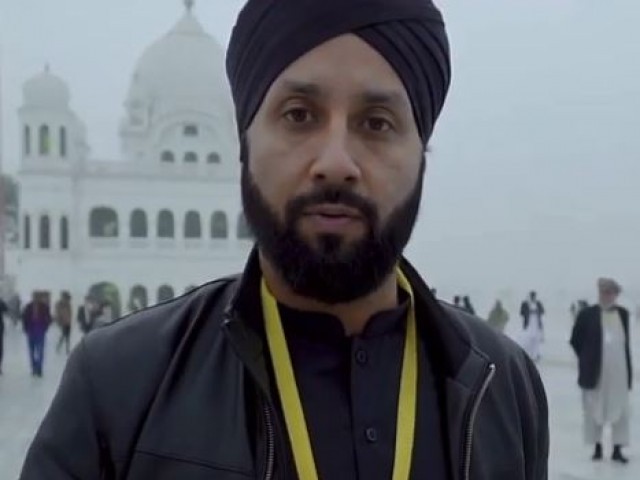 Canada based Punjabi singer, Rup Magan from the popular band Josh, recently posted a vlog documenting his visit to Kartarpur corridor . Magan who is a Sikh by faith, embarked on his journey in order to pay respects to Gurdwara Kartarpur Sahib, the place where Guru Nanak spent most of his life.

Magan starts the vlog by giving a brief recap of the historic move by the Pakistani government in November last year that allowed Indian citizens visa free access to Gurdwara Kartarpur Sahib. “Iam very excited, my knees are shaking,” Magan said on his way to the Sikh holy site.

Describing Guru Nanak as a “trailblazer”, Magan talked about how the founder of Sikh religion was a forward thinking intellectual that talked about equality and opposed the caste system which was dominant in South Asia at the time.

Mogan is then taken to the shrine by a member of the Pakistan Sikh Gurdwara Prabantak Committee named Inder Jeet Singh. Taken a back at the Gurdwara, Mogan talked about inter-culture harmony at the place. “Whats amazing about this area is that all Indians and Pakistanis can get together here, irrespective their faith.I wish everyone could experience this feeling inside me right now,” he said.

After paying his respects Mogan partakes in the lunger, the long standing South Asian tradition of free kitchen. “Whats interesting about the lunger is that this is the place where the whole concept of free kitchen started by Guru Nanak,” he said.

Furthermore Magan visits the museam of Sikh and culture. “Hopefully my mother’s art will be displayed here one day. She’s an artist by the name of Juss Kaur,” he said.

Towards the end, Magan talked about how witnessing Pakistanis and Indians together without any animosity was a surreal moment for him.

“Lets forget the headlines sometimes. Lets forget what they are trying to tell us and remember what’s in here, which is love” Magan said as he concluded the video.

It’s a shame no one cares about Quetta’s tragedies anymore: Ayub Khosa