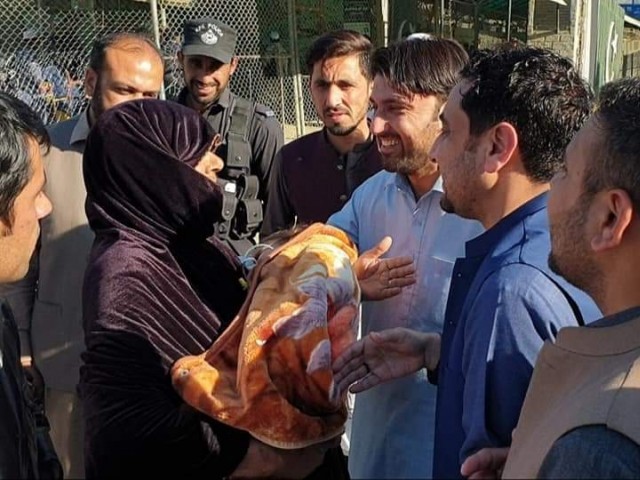 Pakistan's diplomatic mission helps her grandmother cross border to be by her side during final moments. PHOTO: EXPRESS

Help for an ailing four-year-old Afghan national came from an unexpected quarter in Pakistan. Struggling with a fatal medical complication, Kainat’s cash-strapped family had no option but to shuttle her across the border.

Upon arriving in Khyber District, her health continued to deteriorate. Her family in the eastern province of Nangarhar had given up. “If she recovers, send her back to Afghanistan. If she dies, bury her in Pakistan,” said her desperate mother, who was unable to travel with her.

Little did Kainat’s mother know that in Pakistan, her daughter would find an unexpected savior. Islam Badshah, a social worker from Khyber District came to rescue her. When Badshah found out about Kainat’s condition, he rushed to help her with whatever limited financial resources he had.

“I gave everything I had to get her to the hospital,” the social worker told The Express Tribune. Hoping against hope, Badshah shifted Kainat to the Rehman Medical Institute in Peshawar. While the doctors carried out the required medical examination to determine the ailment, Badshah ran from pillar to post, to gather funds for her treatment. 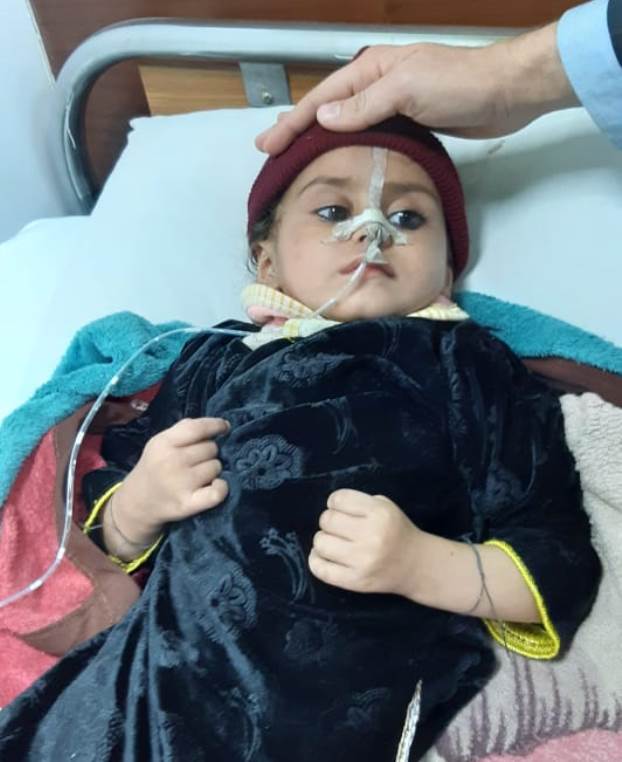 “The hospital managed to treat her initially for the Meningitis. According to Badshah, she bounced back after initial treatment. But her recovery did not last as long as he had expected.

Meanwhile, in Nangarhar, Kainat’s family, desperate to be by her side, received another unexpected call. Pakistan’s diplomatic mission in Afghanistan offered to help Kainat’s family travel across the border to be with her. Following the directions from the foreign office in Islamabad, arrangements were made for Kainat’s grandmother to travel across the Torkam border.

For Badshah, who carried out a random act of kindness, without expecting a reward, this was good news. Kainat’s grandmother finally made it to Pakistan to be by her side. But the joy of that reunion did not last long. Further medical examination revealed Kainat was suffering from Dawson Disease, also known as Subacute sclerosing panencephalitis.

For Badshah and Kainat’s grandmother, the diagnosis came as a bolt from the blue. They were hoping to see her return to Afghanistan one day, fully recovered. “We can only pray for her recovery now,” said Badshah, who for weeks was helping Kainat’s distant family in Pakistan.

For decades, the contentious border between Pakistan and Afghanistan allowed free movement between the two countries. But that changed in 2017 after a suicide bombing targeted the shrine of Lal Shahbaz Qalandar, a popular Sufi saint, in Sehwan, a city in Jamshoro district of Sindh. The attack propelled the decision by the armed forces to close the border with Afghanistan, where officials based in Islamabad, claim that many such attacks are coordinated and plotted.

The closure of the border also prevents people from traveling for medical reasons without proper documents. Kainat is one of those cases. And as she inches closer to her final moments, her grandmother is only grateful for the generosity and kindness Kainat has received during the past few weeks.

“We are grateful to everyone who came to help Kainat,” she said.

On Tuesday, the four-year-old was handed over to the family at Torkham border. Kainat’s father on receiving her daughter thanked the people of Pakistan and the officials for their benevolence, ceaseless support and assistance in the treatment. The funds which were collected for her medical aid by the Pakistanis too were gifted to the family.