Author stress­ed on the making films and music that repres­ents the bold and brave histor­y of Pakist­an
By Asfa Sultan
Published: February 18, 2020
Tweet Email 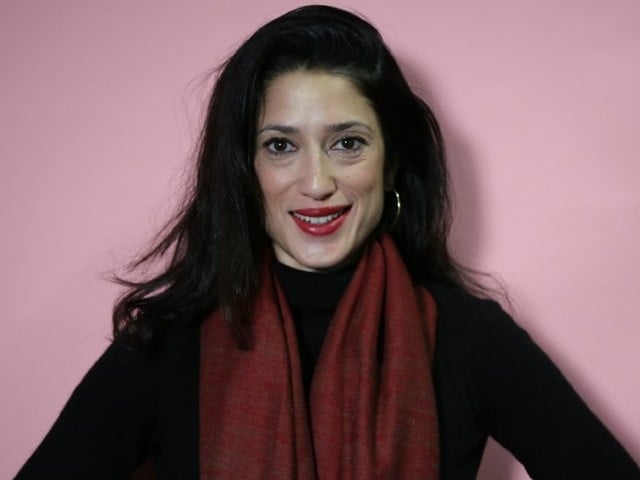 KARACHI  : Renowned writer and columnist, Fatima Bhutto’s new book about pop culture commentary titled New Kings of the World is the talk of the town these days. On Monday, the author sat down with a bunch of enthusiasts and fans at Liberty Books Clifton and spilled the beans on her latest offering.

“My book talks about power, neoliberalism, globalisation and other things I’ve written about before. But I was tired of always feeling like our stories were not the stories,” she told the audience.

Bhutto added that regardless of someone’s geographical location; the West had always been considered the center of the world, until now. “Where we’re standing, should be our center, we won’t say we’re the South of this or East of that. So I think the West’s moment is coming to a close.” 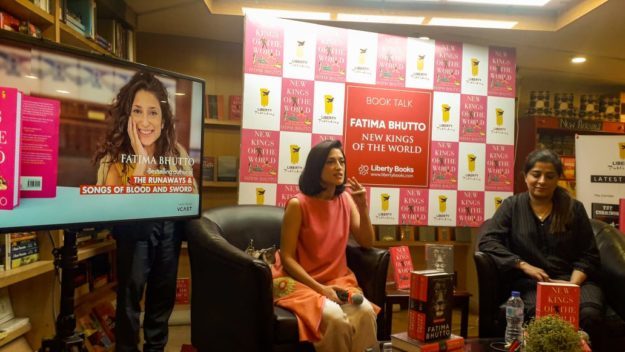 She explained how a new wave is coming forward and Trump’s regime is a sign of the anxiety and panic that prevails in the West. “They still want us to believe that they’re the height of enlightenment, but really they’re not. It doesn’t mean that we’re the height either, but we’re in an interesting position, which can’t be judged from the lens of politics alone. Culture is an interesting way to look at it because it’s accessible. It’s still loaded with agendas but we can all connect to it. Not everyone may be interested in politics, but everyone watches films and listens to music.”

She emphasised her point about redefining the center of the world by playing videos about Bollywood’s influence on the working class of Peru. She had recorded the things she discovered on her journey across the places she included in her book – nitpicking the ones that had emerged as the most influential pop culture grounds during the 2000s.

“I also wanted to include China but you can’t even begin a conversation on it within 50,000 words, which was the word limit assigned to me.” She also said she wanted to include Nigeria and write about the franchising of cricket. “But obviously American publishers weren’t interested in cricket,” she laughed. 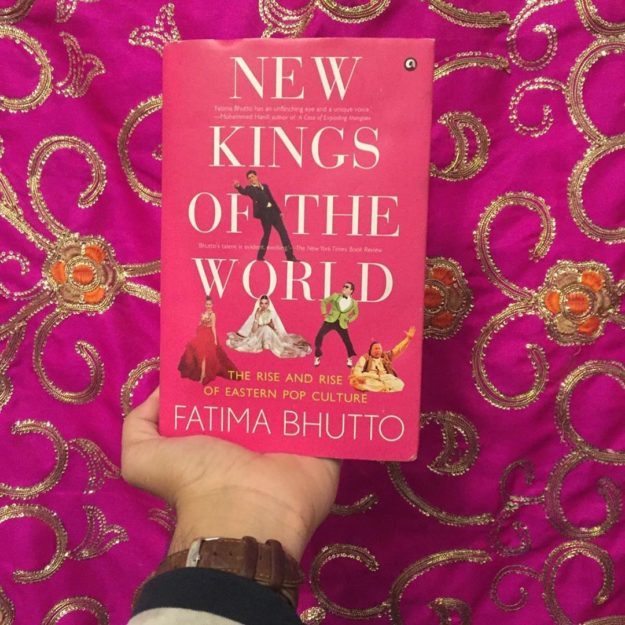 Then she explained how South Korea was fascinating because of the K-Pop scene and its story of being the first non-Western country to successfully export all its culture. It overcame the IMF and Asian financial crisis of 1997, which was an incredibly humiliating time for them.

“They had to rebuild their economy but they couldn’t do that so easily because they had no natural resources, or agricultural land – they couldn’t have rebuilt it on ginseng alone,” she giggled. “They are also not allowed to pursue military technology because of their defense pact with North America. Not to mention, their reliance on massive corporations like Samsung and Hyundai is what got them into trouble in the first place. But the president of that time, Kim de Jong, was inspired by Hollywood’s pop culture and Korea put all its efforts behind their cultural ministries”

She also added that South Korea started providing broadband connectivity to its people back then in 1984, which is why by 2015; their average internet connection speed was 200 times faster than an American connection. “Music brings Korea five billion dollars a year, video games bring it a 1000 times more than that,” she stated.

In the process of explaining the cultural impact of one cinema on another, Fatima then emphasised on the utilisation of the Pakistani film industry. She said “John, one of the people I interviewed for this book was a film enthusiast. He said ‘listen, I’m not a big fan of Shahrukh Khan, but I do love Rajnikanth.’ After this, he started talking about Shaan’s latest film, which came as a shock to me.”

Bhutto closed off her talk by stressing on the need for making films and music representative of the bold and brave history of our nation, so that politics, military and the need for peace can be better understood. Moreover, “the need for image building is massive,” she said. Adding that the narrative we produce is necessary to counter-correct the narratives produced elsewhere – but not for propaganda purposes.

“I don’t understand why Hrithik Roshan can be in a film featuring Mohenjo Daro but we can’t make a film on our heritage!” said Bhutto furiously. “In Raazi, Alia Bhatt can walk in a place representative of Pakistan, with posters titled ‘Crush India’, but I’ve never seen such posters in Pakistan. Where is that narrative coming from and why can’t we challenge it by building a different image?” she ended up questioning.

New Kings of the World is now available in all local book stores, priced at Rs1000.

Martin Scorsese looking forward to next film by ‘Parasite’ director