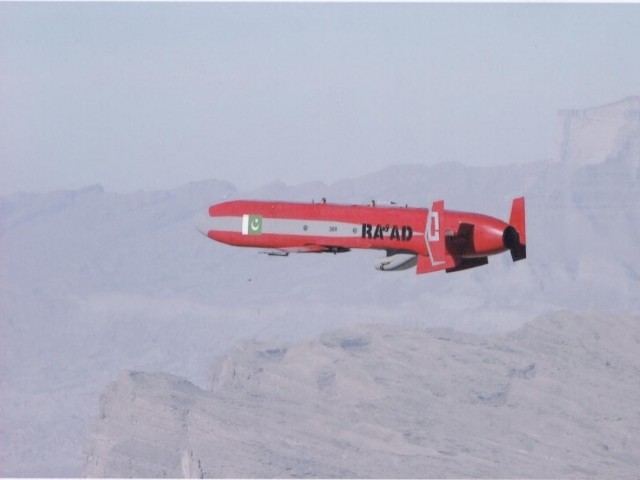 Pakistan on Tuesday conducted a successful flight test of an air-launched cruise missile, said a statement by the Inter-Services Public Relations (ISPR).

The cruise missile, Ra’ad-II, has a reported range of 600 kilometres – significantly increasing the strategic standoff capability of Pakistan’s strategic missile forces. The missile is also equipped with state of the art navigation systems for precision targetting.

The director-general of SPD also lauded its technical abilities and the dedication and commitment of scientists and engineers who contributed to its development.

He called it “a major step towards complementing Pakistan’s deterrence capability”.

The missile is capable of delivering conventional or nuclear warheads and the training launch was part of a field training exercise of the Strategic Forces Command aimed at “rehearsing operational readiness procedures during day and night”.