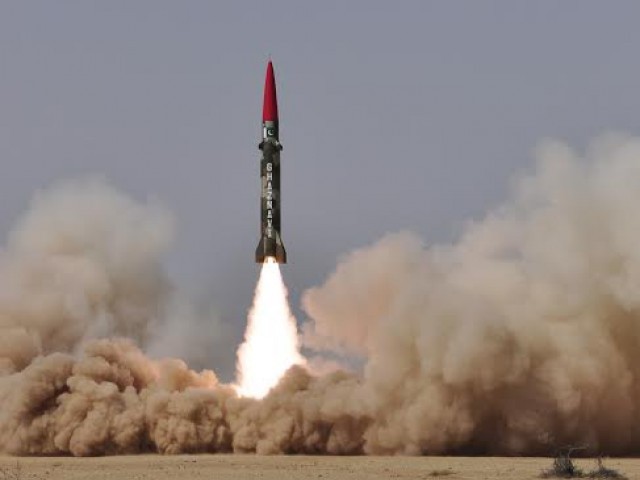 The short range surface-to-surface ballistic missile can carry nuclear and conventional warheads to a range of 290 kilometres. PHOTO: ISPR/FIle

The missile is capable of delivering a conventional or nuclear warheads and the training launch was part of a field training exercise of the Strategic Forces Command aimed at “rehearsing operational readiness procedures during day and night”.

The director-general of the Strategic Plans Division (SPD) “appreciated the operational preparedness of Army Strategic Forces Command for displaying a very high standard of proficiency in handling and operating the weapon system”.

The senior military official also expressed full confidence in the robust Strategic Command and Control System and the capability of Strategic Forces.

The training launch was witnessed by senior military and civil officials.

The training launches come amid increased tensions with India as it revoked occupied Kashmir’s special status in an illegal and unilateral move on August 5 and escalation of cross-LoC firing incidents by the Indian military.