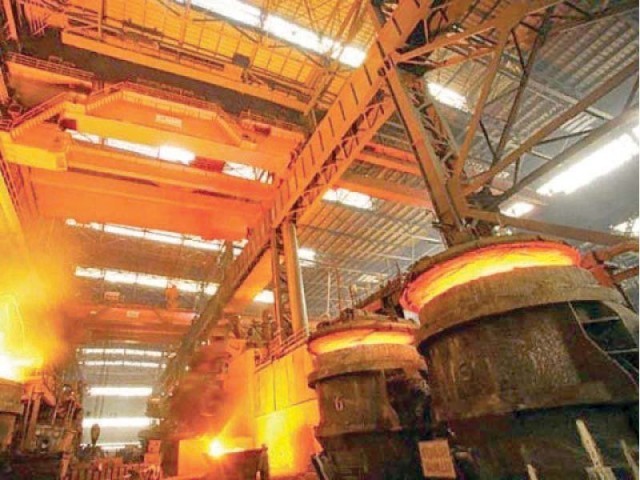 Although PSM has been closed for the last almost five years, the government is paying Rs355 million in monthly salary to the employees - a financial black hole that it now wants to plug at the earliest. PHOTO: FILE

ISLAMABAD: The government has decided not to include Pakistan Steel Mills (PSM) in the China-Pakistan Economic Corridor (CPEC) framework, reversing its earlier decision to offer the country’s largest industrial unit, which has remained closed for almost five years, exclusively to Chinese investors.

The decision to sell PSM through international competitive bidding was taken at the prime minister’s level a few weeks ago, sources in the Ministry of Industries told The Express Tribune.

However, Adviser to Prime Minister on Finance Dr Abdul Hafeez Shaikh and some other officials wanted that PSM should be privatised through open competition among all investors, they added.

During the ninth Joint Cooperation Committee (JCC) meeting of CPEC, Pakistan had given an understanding to China that it wanted to include PSM in the CPEC framework. Projects that are executed under the CPEC framework are not open to all international investors and only Chinese investors can participate in the bidding process.

After showing reluctance in its first year in power, the Pakistan Tehreek-e-Insaf (PTI) government is now keen to give a push to the stalled CPEC projects. Some of the high-profile Chinese dignitaries are expected to visit Islamabad in the next few months. Sources said after the government’s decision to sell the entity through international competitive bidding, the Chinese ambassador held meetings with the relevant ministries, including the minister for privatisation. The Chinese envoy urged the Pakistani authorities to honour their words.

Due to the change of heart by the government within two months of the fresh understanding, the sources said, the Chinese investors decided to stay away from the privatisation process for the multibillion-dollar two LNG-fired power plants.

Adviser to Prime Minister on Commerce Abdul Razak Dawood was not available for comments.

Sources added that the premier decided to keep PSM outside of the CPEC framework based on the input from Finance Adviser Abdul Hafeez Shaikh and at least two other officials. Shaikh is also the chairman of the Cabinet Committee on Privatisation. At least two federal ministers, who attended the meeting with PM, confirmed to The Express Tribune that the government had decided to sell PSM through all-inclusive international competition.

It is not for the first time that the PTI government has taken U-turn on the issue of PSM, which is the country’s largest industrial unit but has stayed shut since the days of the PML-N government.

After coming to power, the PTI government had decided to delist PSM from the active privatisation list aimed at reviving it. But then it again included the steel mill in the privatisation programme after Shaikh became the finance adviser.

The Privatisation Commission has already engaged a Bank of China-led consortium, comprising Pak-China Investment Company and Sinosteel, as financial advisers to privatise the mill. However, the signing of a financial advisory services agreement had been delayed with the consortium due to indecision on the question of whether the entity would be privatised through an open competitive process, or would be sold under the CPEC framework.

PM Imran was eager to complete the PSM transaction at the earliest. Dawood had claimed in October 2018 that he could do the job in just three months. Although PSM has been closed for the last almost five years, the government is paying Rs355 million in monthly salary to the employees – a financial black hole that it now wants to plug at the earliest.

Monthly gas charges of Rs80 million were in addition to the salaries and other administrative expenses.

Minister for Maritime Affairs Ali Zaidi is also scheduled to give a presentation to the federal cabinet on the PSM affairs on Tuesday, according to the agenda of the cabinet meeting.

In the past, Chinese, Russian and Ukrainian investors had shown interest in the PSM privatisation. The government still expects to attract major interest once expressions of interest are invited from the investors through the press. Currently, the financial advisers, engaged just a month ago, are in the process of conducting due diligence of PSM. There is no permanent chief executive officer and chief financial officer of the steel mill. The PTI government has been running PSM affairs on an ad hoc basis.