Ijaz Shah says ‘a lot is being done on the this matter’
By Our Correspondent
Published: February 17, 2020
Tweet Email 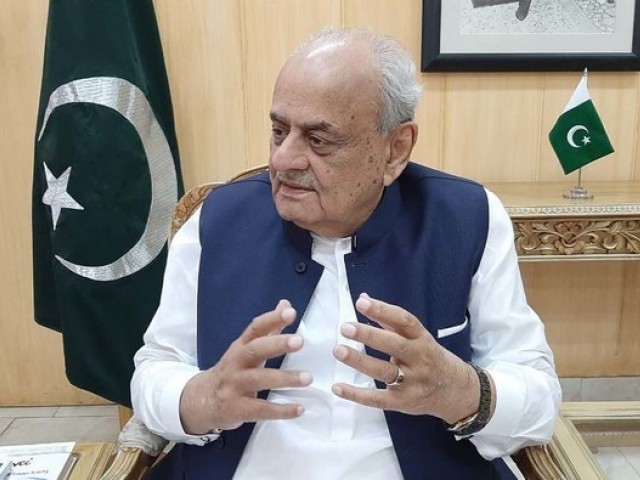 Ijaz Shah says ‘a lot is being done on the this matter’. PHOTO: ARAB NEWS/FILE

ISLAMABAD: Interior Minister Ijaz Shah confirmed on Monday the escape of former Tehreek-e-Taliban Pakistan (TTP) spokesman Ehsanullah Ehsan from the custody of Pakistan security agencies but stressed that the government was doing “a lot” on this matter.

Shah’s statement, during an informal media talk outside the Parliament House, is the first time the government has officially acknowledged the escape of Ehsan. “The news is true, it’s true,” Shah told reporters, adding that the “state is aware”.

The news of Ehsan’s escape came more than 10 days ago, when netizens set off a storm of speculation about a purported audio clip of him, initially posted on Facebook and then shared on other social networking sites in which he claims to have fled the custody.

Ehsan was the spokesperson for the Jamaatul Ahrar faction when the Mullah Fazlullah-led TTP had carried out the most sickening rampage at the Army Public School in Peshawar in December 2014, massacring nearly 150 pupils and staff.

Before his capture around three years ago, Ehsan had also claimed credit for countless terrorist attacks on behalf of the TTP and the Jamaatul Ahrar, including Easter day suicide attack in Lahore in 2016 and killing of nine foreign tourists in Gilgit-Baltistan in 2013.

On Monday, Interior Minister Shah was asked whether the government was doing anything about the matter. Shah respondent: “A lot is being done. You will hear good news.” However, he did not provide any details.