Future of LCDC employees in the doldrums

Future of LCDC employees in the doldrums 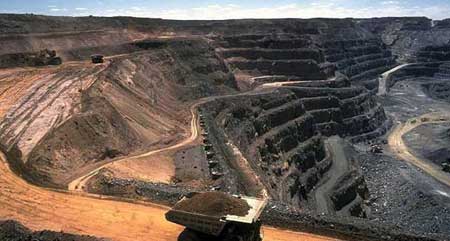 KARACHI: Owing to a dispute between the Sindh government and the Centre over the lease of coalmines to the Lakhra Coal Development Company (LCDC), the employees of the once-profitable company have their futures hanging in the balance.

Apart from putting the future of the employees at stake, the cancellation of its lease has also harmed Pakistan’s first coal-based power plant which provided huge dividends to shareholders.

Around 100 LCDC employees, including mining engineers, managers, geologists, mine sardars and administrative staffers, have been running from pillar to post and appealing to the authorities to save the “precious coal company” and their jobs but to no avail.

“Due to the negligence of the Water and Power Development Authority (WAPDA), LCDC’s power-generating plant has been non-functional since July 2017. Now, the Sindh government has cancelled our lease and formed its own company in May last year with the sole purpose of selling the coal in the open market instead of using it for power generation,” a senior official working with LCDC told The Express Tribune.

“We are a state-owned company but we have not paid our employees for a month. We don’t know what will happen in future,” the worried official lamented. “Our office is located in a bungalow and we haven’t been able to pay the rent because of which the owner might threaten us with forced evacuation.”

The LCDC trade union has also been protesting the Sindh government’s decision to cancel their coalfield lease.

The leader of the union, Mumtaz Khoso, said that LCDC employees are being punished for extracting coal and selling it to Lakhra Power Plant.

“LCDC was formed as part of the Pakistan Mineral Development Corporation (PMDC), which holds 50 per cent of the company’s shares. The remaining shares are owned by WAPDA and the Sindh government. We used to extract coal from the field and sell it to Lakhra Power Plant, Jamshoro, which seems to be our only fault,” Khoso said, adding that a coal mafia cartel had been against the idea to use coal for power generation and has finally succeeded in its goal.

Mohmand dam to be completed by 2025

“If proper overhauling of the plant had been carried out, it would have continued its function,” he said. “The plant run by WAPDA is closed, while the Sindh government owns the coalfield land. Soon after cancelling our lease, the provincial government formed the Sindh Lakhra Coal-Mining Company last year and has started extracting coal to be sold in the open market.”

Khoso added that over the past 30 years, the LCDC developed 120 mines and installed their infrastructure, which has now been occupied by the Sindh government.

A senior official working in LCDC, who requested anonymity, said that he, along with other employees, were hired as permanent employees entitled with all government benefits, perks and privileges, but no one from the federal or provincial government had stepped forward to assure them about the future of their jobs ever since the plant has been shut down.

“A few of our employees have been trained by the National Institute of Management and the government invested huge sums of money in their training. Their future, however, is in doldrums,” he said. “We are considering taking to the streets and starting a vigorous campaign to accommodate the abandoned employees. The PPP-led provincial government believes in roti, kapra aur makan. Let us see what happens in our case,” he said.

Addressing media professionals a few days ago, Sindh Energy Minister Imtiaz Shaikh said that his department had cancelled the LCDC lease because the company had been involved in the misuse of coal.

“The actual purpose of Lakhra Coalfield was to supply coal to the power plant, but the LCDC started selling it in the open market. After the 18th Amendment, the provincial governments have become autonomous, so we have launched our own coal company with the aim to extract coal for power generation,” he said.

“The LCDC and the PMDC have taken the matter to court to challenge the decision of the Sindh government but they failed as the court gave its judgment in our favour. We are now hiring people to run the company,” he said.

When asked about the future of LCDC employees, he said that the provincial government is considering accommodating them in the Sindh Lakhra Coal-Mining Company.