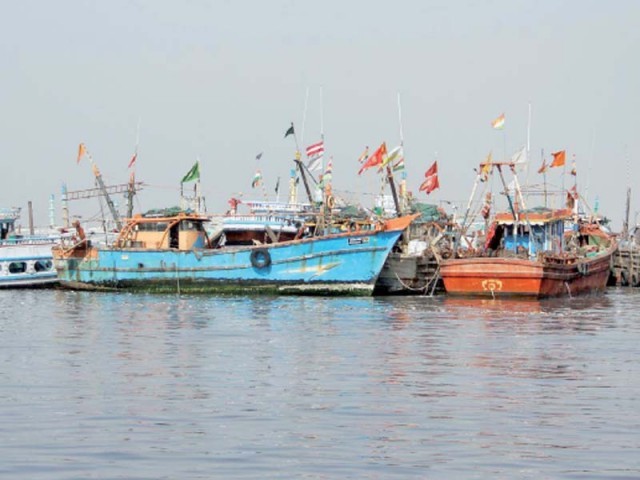 KARACHI: Four fishing vessels from India, carrying 23 fishermen, were taken into custody by the Pakistan Maritime Security Agency (PMSA) early on Friday morning after they ventured into Pakistani waters.

The boats were intercepted near Sir Creek, 10 to 15 kilometres inside Pakistani waters.

Addressing a press conference, Commander Farooq, who led the PMSA mission, said that 23 crew members of the vessels, who appeared to be fishermen, were also arrested. “We cannot overrule the possible involvement of these boats in false flag operations,” he said, adding that there could have been a threat to national security.

He explained that two PMSA boats were used to intercept the fishing vessels, which tried to evade capture. He further said that the mission was based on information about the presence of Indian boats near the border.

“In the last two days, PMSA had carried out extensive surveillance and searches of the area despite rough waters,” said the commander, adding that the vessels’ presence was noted in Pakistani waters at 3am on Friday.

In response to a question, he said further investigations would be undertaken by the relevant security agencies to establish the identities and intentions of the apprehended Indians. “If, after investigation, they are cleared, the Indian citizens will be handed over to the Docks police for required legal formalities,” said Farooq.

He claimed that Indian fishermen often intruded into Pakistan’s Indus Delta region, which contains better fishing opportunities, to the detriment of their local counterparts.