The film is set to hit theate­rs in 2021
By Entertainment Desk
Published: February 14, 2020
Tweet Email 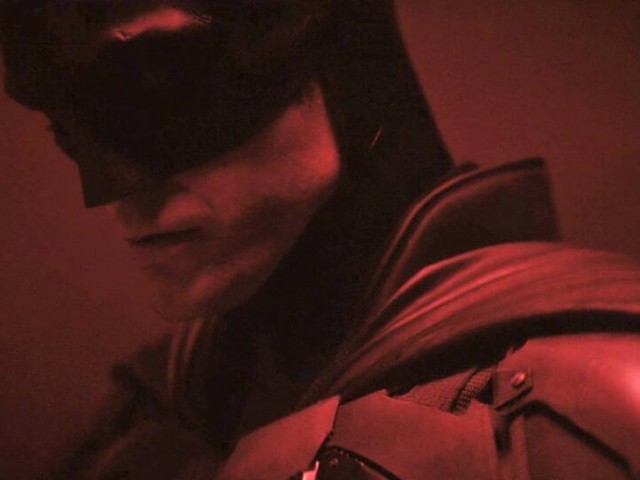 The first look of Matt Reeves’ upcoming film The Batman was just unveiled by the director himself, reported Variety. The video shows actor Robert Pattinson who is set to play the iconic character in a Bat-suit.

The dark  footage in red tint has Pattinson donning the costume. It is set to a score by composer Micheal Giacchino, with the camera slowly closing in on the suit revealing the Bat-symbol. It is yet not confirmed whether this footage would be included in the film considering that on Reeves’s Vimeo channel it is labeled as a camera test.

The film is set to be released in 2021 and would star several big names in Hollywood apart from Pattinson. Colin Farrell would play the role of Oswald Cobblepot, alias Penguin.  John Turtutto and Paul Danowould play Carmine Falcone and The Riddler respectively.

Meanwhile Andy Serkins would star as Bruce Wayne’s trusted butler Alfred Pennyworth with Jeffrey Wright taking on the role of Commissioner Gordon. Zoe Kravitz will come in as Cat-woman , an anti-hero in the franchise who is also a potential love interest for Batman.