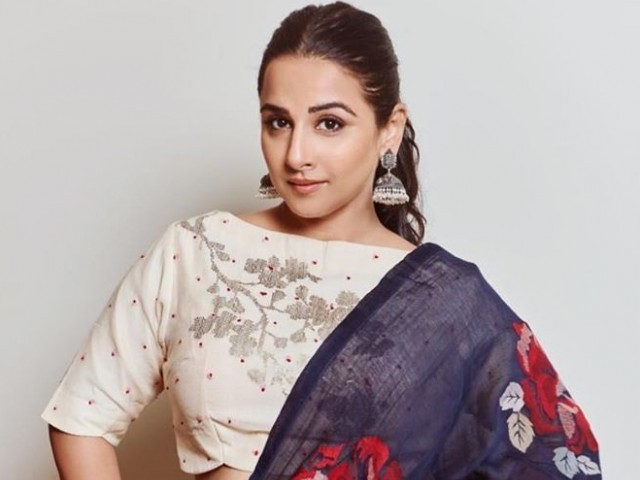 Vidya Balan may be on to something.

The Bollywood beauty recent revealed that in her experience, people nowadays seem to be worried that their wives, daughters, mothers are standing up and challenging the status quo. She also took jibe at male actors in the industry, saying that they stay mum on many relevant issues while female actors do the opposite.

“I think female actors have been more vocal in a lot of ways and male actors don’t open their mouths at all, which is why we are told, ‘Why don’t you stick to what you are doing?’ There have been threats issued. That’s only because we (females) are threatening the status quo,” Social News XYZ quoted Balan as saying recently.

“People are worried and I am not saying that just men are worried that tomorrow, their daughters, sisters, mothers, wives, girlfriends or friends are going to stand up and question what is happening around them, and that is where it comes from. It comes from that deep-seeded fear that their status quo is being challenged.”

According to the actor though, this is a positive sign. “I think whoever wants to express something should be able to express it. In the same way, I will say that peaceful protests are our constitutional right so as long as we are not being violent, we should be able to say whatever we want to say,” Balan explained. “I think everyone should go through their constitution to know their rights and responsibilities.”

Balan will soon be working with a female director for the first time in her acting career in the upcoming film Shakuntala Devi. Asked if it is different doing so, she said, “Yes it is. I have just had my first experience. I have done a film which tells a story of a mathematician and the human computer named Shakuntala Devi.”

The Parineeta starlet added, “I don’t want to make gender generalisations but I think the experiences and perspectives of men and women tend to differ. So, I would like to call it as some kind of an equaliser and I would like to see that happening across the board. Now, we have more women writers, directors and technicians in films and I feel the women’s perspectives are a little more nuanced.”

Balan believe this is why more women are finding more opportunities on digital platforms. “It allows you to have a more nuanced narrative. In films, we keep it simplistic and that’s why it makes all the difference.”