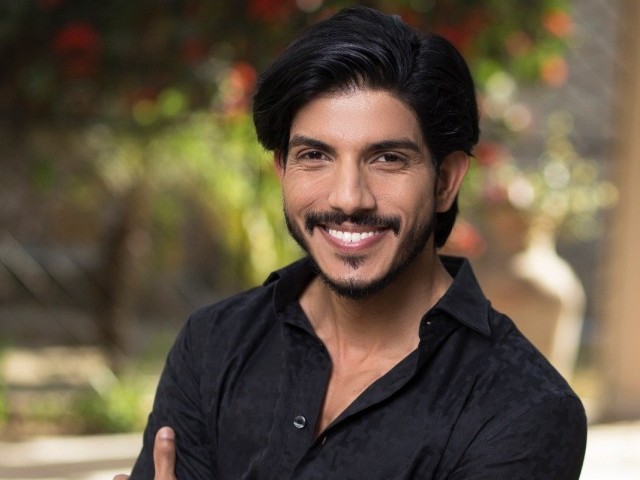 Disgraced actor Mohsin Abbas Haider has announced that he is being given a second chance in the industry.

Mohsin, who had been exposed earlier in 2019 by his wife for subjecting her to gruesome domestic abuse is all set to make a comeback with an Abu Aleeha film titled Once Upon a Time in Karachi. He took to Instagram to share the announcement.

#Repost @entertainment_popcorn_offical (@get_repost) ・・・ The multi talented Actor @mohsinabbashaider is all set for his comeback to Silver screen as the actor has signed his next flick named "Once upon a time in Karachi". #MohsinAbbasHaider will be playing the lead in the film. Wishing him all the luck and success for his upcoming ventures. #MohsinAbbas #NaMaloomAfraad #NaMaloomAfraad2 #Baaji #LoadWedding #OnceUponaTimeInKarachi #Lollywood #EntertainmentPopcorn

Abu Aleeha has films like Tevar and Kataksha to his credit, along with his other upcoming film Half Fry which was announced in 2019. With the announcement of OATIK, it seems like Aleeha is on a roll – Half Fry, starring Iqra Aziz and Yasir Hussain, is still in its post-production phase and a release date has not yet been finalised.

According to reports, his fourth feature film is penned by Ali Moeen and is expected to be a gritty, social drama with lots of typical entertainment for the screen.

Apart from Mohsin, the film will also feature Nausheen Shah who has earlier shared screen space with Mohsin in drama serial Deewar-e-Shab, as well as Marhoom Ahmed Bilal, Masroor Paras, and Saleem Meraj.

Naturally, the announcement has not been well received in light of the allegations leveled against Mohsin. Locals on Twitter did not hold back their disdain about the fact that an ‘abuser’ had been given a platform once again. Many had spoken out earlier in November 2019 as well when he announced a new song.

Mohsin Abbas Haider has signed his next film. Tell me again how accusations of any kind derail a man's career.

nausheen shah to play lead role with mohsin abbas haider, fuck how he’s still getting roles but how can u as a woman work with someone filled with filth, against a woman.

So…. are we just going to accept that beating up wives is OK?

This odious man plots his return and people are congratulating him. Says a lot for where our sympathies lie when it comes to abuse. Mohsin Abbas Haider set for a comeback and celebrities are cheering him on https://t.co/1tKKqXim0d

Guess we’ll have to wait and see how this one fares for him.