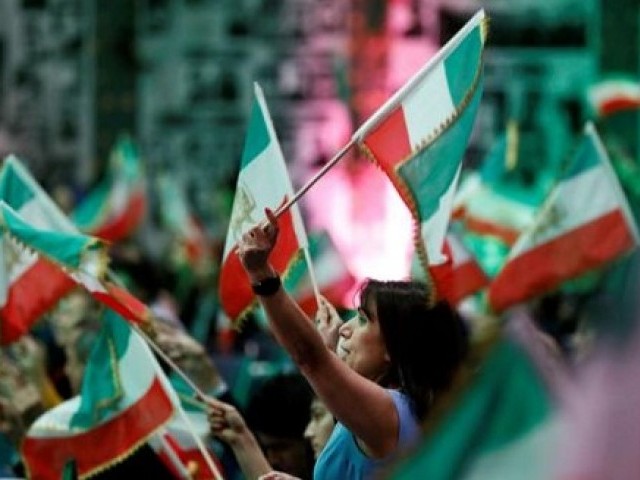 The Guardian Council, which must approve candidates, has rejected around 6,850 moderate or conservative hopefuls. PHOTO: REUTERS

DUBAI: Iran’s week-long parliamentary election campaign started on Thursday, state TV reported, a vote seen as a popularity test for the clerical establishment at a time when relations with Washington are at their worst since the 1979 Islamic revolution.

The Guardian Council, which must approve candidates, has rejected around 6,850 moderate or conservative hopefuls in favour of hardliners from among the 14,000 applicants seeking to contest the February 21 vote. About a third of lawmakers have also been barred from standing again.

“The 7,150 candidates who are running for parliamentary elections have started campaigning on Thursday,” state TV reported. Pragmatist President Hassan Rouhani has criticised the disqualifications, but like supreme leader Ayatollah Ali Khamenei he has called for a high turnout as the country faces challenges over its disputed nuclear programme.

Khamenei, the final authority in Iran’s complex system of clerical rule and limited democracy, backed the Guardian Council, saying the next parliament was no place for those scared of speaking out against foreign enemies.

Tensions with the United States have spiked since 2018, when President Donald Trump withdrew from Iran’s 2015 nuclear deal with major powers and reimposed crippling sanctions.

Iran taunts US on anniversary of shah’s ouster

The crisis worsened when Iran’s most prominent military commander, Qassem Soleimani, was killed by a US drone in Baghdad in January 3, which led to Iran retaliating against US targets in Iraq on January 8. The vote will have no major influence on foreign affairs or Iran’s nuclear policy, which is determined by Khamenei.

With the disqualification of moderate and leading conservative figures, hardline loyalists of Khamenei are likely to dominate the parliament.

Pro-reform politicians said in January that they had no candidates to stand for 230 of the 290 seats in parliament, saying Iranians’ demands for a “free and fair” election were not met because of the large numbers disqualified. The Council has cited various grounds for the rejections, such as “corruption and being unfaithful to Islam”.

Some 58 million Iranians out of 83 million are eligible to vote. While supporters of the establishment will vote for hardline candidates, moderates are struggling to mobilise their supporters, who are disappointed with Rouhani’s failure to ease social and political restrictions.

Leading pro-reform parties have been either dismantled or banned since a presidential vote in 2009, in which hardliner Mahmoud Ahmadinejad was re-elected. His rivals alleged the vote was rigged.

In Tehran, which accounts for 30 seats in the assembly, hardline candidates are headed by Mohammad Bagher Qalibaf, a former mayor of the capital who once commanded the elite Revolutionary Guards.