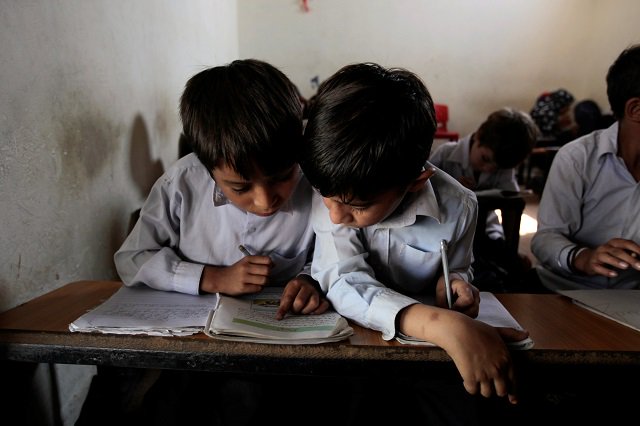 ISLAMABAD: The Supreme Court has nullified the ban on the appointment of female teachers in the government Boys’ High and Higher Secondary Schools (matric and inter) in Punjab.

The restriction was imposed in Recruitment Policy of Educators in the Government Schools 2008-2009 by the then Punjab government claiming that the female teachers lacked the capacity to handle grown up male students in classes.

The Supreme Court gave the judgment while hearing the case of a female candidate – Ruqia Islam – who was denied the post of a teacher at Government Boys High School Thata Khalil, Taxila in 2008.

The verdict stated that Ruqia was eligible for the job but was refused the opportunity only on the grounds that she was a woman.

“The foregoing stipulation/classification, founded on her gender alone, apparently sans any rational basis except for a dogmatic and subjective belief that she would not be able to handle students placed in a slightly higher age group, an apprehension oriented more chauvinistically than on any objective foundation, therefore, the impugned policy cannot be viewed as prudent or expedient nor reflects intelligible differentia so as to qualify the precondition of being reasonable,” it said.

Underscoring the importance of women in a society, the apex court declared that the constitution commanded the government to take measures and formulate policies to provide females a congenial working environment free from harassment or discrimination.

“These cherished goals envisaged by the Supreme Law cannot be set at naught through “policies” inherently flawed as well as discriminatory,” the top court said.

A four-page judgment authored by Justice Qazi Muhammad Amin Ahmed stated that the policy of barring females from working was retrogressive in nature and inconsistent with the constitutional commands.

Terming it a treasure, the top court noted that half of human resource in the country comprised women who participated in all walks of life and had the capacity to mentor.

The apex court stressed on the utilisation of female power for a better and prosperous future of the country and underpinned that the constitution gave them equal status and equal opportunities.

The three judge bench, while dismissing the Punjab government’s appeal also referred to Article 27 of the constitution wherein it is stated, “No citizen otherwise qualified for appointment in the service of Pakistan shall be discriminated against in respect of any such appointment on the grounds of race, religion, caste, sex, residence or place of birth.

The judgment further referred to Article 34 of the constitution saying, “Steps shall be taken to ensure full participation of women in all spheres of national life”.