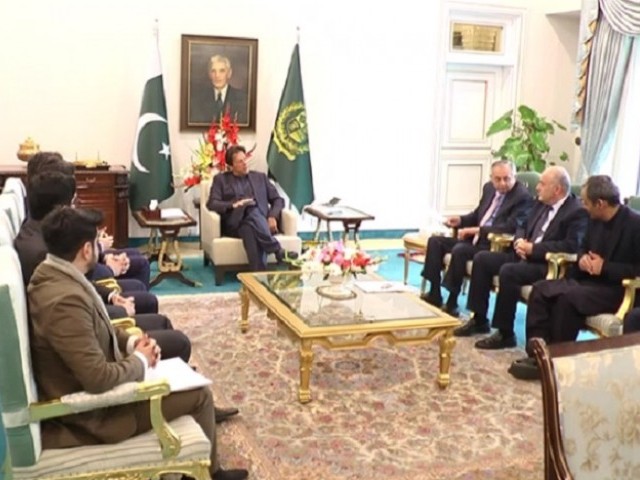 Prime Minister Imran Khan has appreciated the investment contribution of Coca-Cola İçecek (CCI) in Pakistan and assured in general manager of extending full support and facilitation to the company in further diversification of its business in the country.

Ertin informed the prime minister that CCI Pakistan serves a consumer base of 208 million with 06 plants and more than 3,000 employees across Pakistan. CCI Pakistan, together with the Coca-Cola Company has invested more than $500 million in Pakistan in the last few years; the latest is Faisalabad Greenfield Investment which has been inaugurated in April 2018.

The CCI GM expressed interest in introducing different beverages in Pakistan to further diversify their existing investment in the country.

Ertin said that due to investor friendly policies of the government, numerous Turkish companies are eager to invest in various sectors of Pakistan’s economy.

The premier noted with satisfaction that due to the efforts of his PTI paty’s government, Pakistan has now been acknowledged by the international investment community as an attractive destination for business and long-term investment. “Pakistan is a land of unlimited opportunities with youth bulge and offers ideal investment opportunities in various sectors,” the PM highlighted.

Referring to historical brotherly relations between Pakistan and Turkey, the Prime Minister said that the upcoming visit of President Recep Tayyip Erdogan to Pakistan would further take the existing bilateral relations between the two brotherly countries to new heights.