A story of neglect: Heer-Ranjha’s tomb in shambles

A story of neglect: Heer-Ranjha’s tomb in shambles 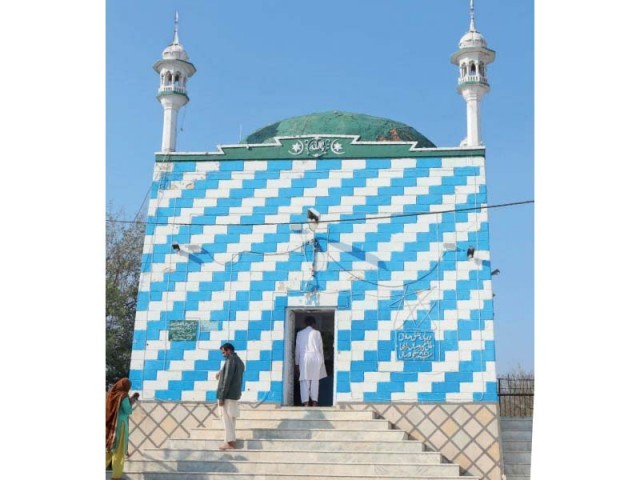 JHANG: The central characters of the legendary romantic tale ‘Heer Ranjha’, Mian Murad Bakhsh alias Mian Ranjha and Izzat Bibi alias Mai Heer are buried in a tomb on an elevated ground in the vicinity of Jhang city.

Both are mentioned by various writers of the legendary tale to have been buried in the same grave, which makes it unique among the folk romantic stories. It is the most popular romantic tale of the province, on which a number of movies have also been based in both Pakistan and across the border. The tomb is a centre of tremendous tourist attraction that is situated in close vicinity of the district headquarters.

Despite being located within the limits of the municipal corporation, the tomb is ample testimony of the neglect and indifference of the federal and provincial governments and the Jhang district administration.

The monument, which undeniably enjoys the status of cultural heritage, is being presented as a dull and abandoned site to visitors who, despite the lack of basic facilities, wade their way through to the tomb.

Bids for conservation of tomb to open on November 18

To begin with, the road leading to the monument is rickety and worn out, rendering it a jeep track at best, pitiably inadequate to drive cars or tourist buses on it. The road itself is reduced to a narrow path that is useable only by pedestrians, some half a kilometre before the tomb.

When one reaches the tomb after braving all these hardships, he or she is astonished to find a complete lack of facilities on the premises. There is neither a proper information centre for necessary details about the legend of Heer and Ranjha nor any employee from the Auqaf department present at the site to guide or facilitate the tourists visiting the tomb with great enthusiasm.

A monument of this stature and international status unarguably deserves facilities including a well-carpeted road leading to it, a spacious compound with a good library, a bookstall, a restaurant and car parking area which can accommodate hundreds of vehicles. 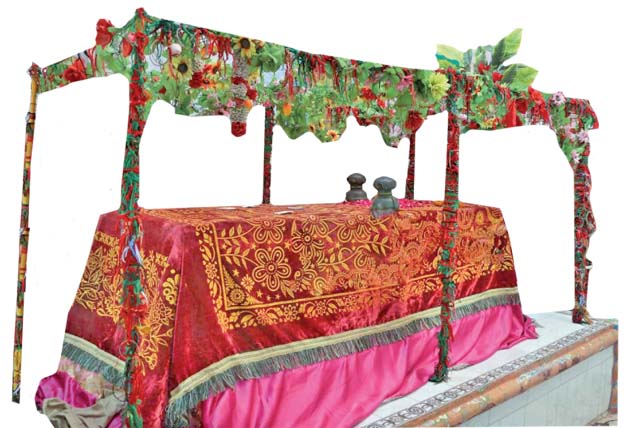 At present, the tomb is surrounded by a large graveyard and narrow paths without stairs to climb the elevation on which it is situated. There is a locality mostly consisting of mud houses named ‘Basti Mai Heer’ and a stadium bearing her name, which is also being neglected by the authorities concerned.

The tomb itself is based on Islamic design and within it is the grave of Heer and Ranjha. There is a big circular hole in the roof of the tomb. The four minarets on top of the tomb are also in a deplorable condition due to lack of maintenance and neglect by authorities concerned.

There are three doors in the room containing the grave but only one of them is open to enter and exit for the tourists. The visitors to this tomb are people belonging to various walks of life. Some people visit the site because of its historical and cultural significance in the region while students and teachers of literature, particularly Punjabi literature, also pay regular visits to this monument.

The hero’s tomb that kept a millennia-old secret

Moreover, the site is often visited by couples who wish to pay their homage to Heer and Ranjha’s love story. Visitors also pray for the success of their love. As part of a local tradition, couples also tie two pieces of thread, which is hanging in the compound of the tomb, around each other’s wrists. According to the legend, those who resort to this practice eventually succeed in getting married to each other with the blessing of Heer and Ranjha.

The building of the tomb has lost its beauty and the four minarets are also in a state of decay due to lack of maintenance, despite the fact that the monument remains a source of revenue.

Visitors often make donations out of respect and reverence which reportedly goes to the government exchequer. However, the funds are not spent on the tomb itself, which is in dire need of basic facilities such as roads, parking and other attractions in order to transform it into a magnificent tourist destination of the country.