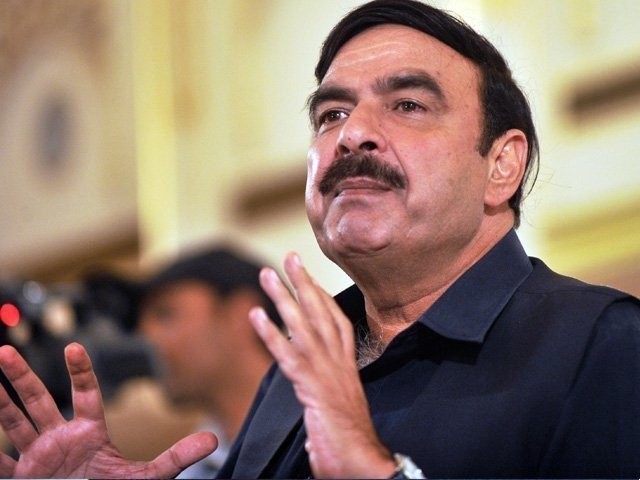 Railways minister says AML has no reservations against PTI govt and supports it unconditionally. PHOTO: FILE

KARACHI: Federal Minister for Railways Sheikh Rashid has admitted that people are displeased with the government of Prime Minster Imran Khan owing to rising inflation.

Speaking to reporters on Friday, the Awami Muslim League (AML) chief said that his party has no reservations against the Pakistan Tehreek-e-Insaf-led government and the party is supporting the government ‘unconditionally’.

He maintained that he has no demands from the prime minister and Punjab Chief Minister Sardar Usman Buzdar as both are ‘cooperating’ with him, adding that issues facing the AML are also getting resolved.

The Railways minister said two universities have already been set up in Rawalpindi while the third would also be setup in the garrison city soon. The work on Ring Road and Leh Expressway would also be started within a next few months, he added.

As per the Supreme Court’s directives, most of the encroached land of Karachi Circular Railways (KCR) has been retrieved and only five kilometer stretch of route is yet to be cleared of the encroachments.

Rashid said he has already met with Sindh Chief Minister Murad Ali Shah and both the federal and provincial governments are at one page over the KCR issue.

Corruption in Pakistan Railways has already been reduced but not yet eradicated completely, said the minister.

On the issue of estranged coalition partners, Rashid hoped that the government allies would take a “better decision”. The leadership of Pakistan Muslim League-Quaid (PML-Q) and Muttahida Qaumi Movement-Pakistan (MQM-P) are seasoned politicians, he maintained.

Replying to a question, he said he has reservations on allowing Maryam Nawaz to go to London as the whole family of ailing former PM Nawaz Sharif, including his sons, grandsons, daughter, brother, nephews and other relatives were there to look after him.