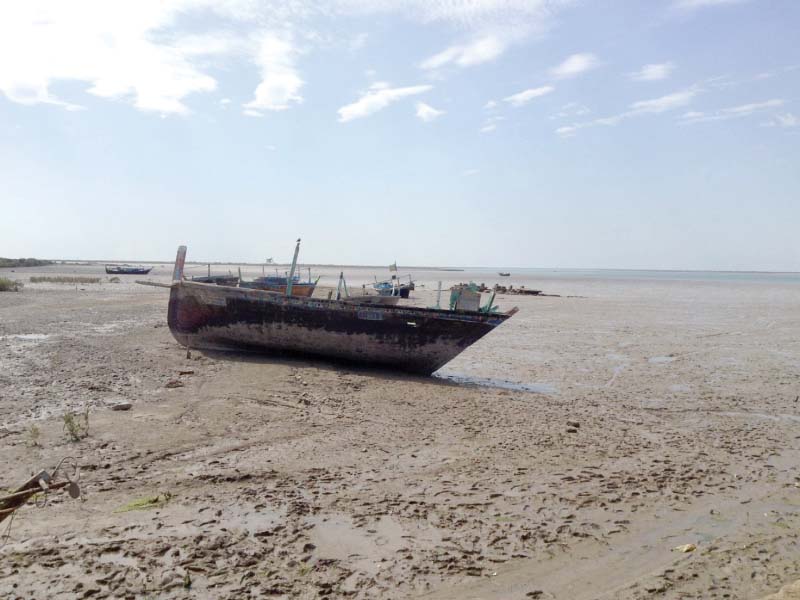 A boat stranded on the shore of Thatta after a flood. As a consequence of climate change, frequency of floods has increased, forcing entire communities living in the coastal areas to uproot themselves. After every devastation, fishermen, along with their meagre belongings are left with little choice to move elsewhere in search of livelihood. PHOTO: EXPRESS

KARACHI: As the world continues to debate whether climate change is real or not, those most affected by it are struggling to deal with the very real consequences.

With the rise in sea levels and the intrusion of the sea onto land, entire communities living in the coastal areas have been forced to uproot themselves. Living like gypsies in search of livelihood, the fishing communities are finding it difficult to obtain a steady source of income.

Keti Bandar, one such area in Thatta district, appears isolated from other conurbations. Once a beautiful harbour that dealt with the export of goods fit for a king, it is now barren, marshy land.

Abdul Majeed, a fisherman, lived a few kilometres from the beach in Keti Bandar. Though it was the sea that provided him his bread and butter, the very same sea threatened to wipe away his house too.

Karachi coastline to be placed under CDA jurisdiction

One afternoon, the fisherman went for a stroll along the shore to assess the threat, trying to ascertain how long it would be before the waves enveloped his property. While he could see the water draw closer with every passing hour, it was still far from his house.

He was wrong, though. That evening, the waves reached his village.

“I woke up to the sound of the waves hitting our house,” remembered Majeed. “The water level was rising every minute. Carrying our children above our heads, my wife and I escaped to safety. From a distance, we watched our house, our village getting swallowed by the sea.” 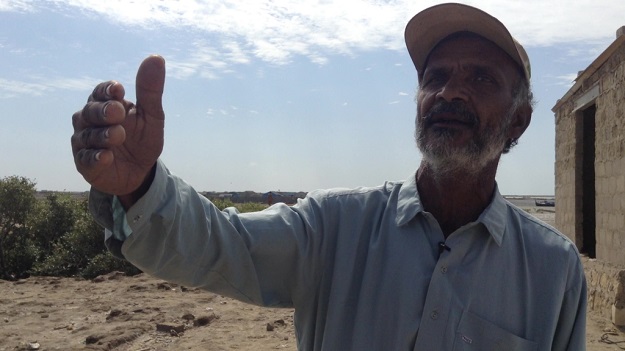 As wave after wave came crashing down, the streets that connected the village to the rest of the coast disappeared. A donkey cart caught in the current became entangled with a road sign. Crockery, firewood, clothes – goods from their households floated by as they watched. As darkness fell, the sea took possession of their belongings.

To this day, the sound of rushing water, gusts of wind and the cracking of their muddy homes haunts Majeed.

“When the water receded a few hours later, we went back, unable to comprehend what had happened,” he narrated. “The water was still knee-high. Everything left behind by the tides lay scattered. There was sand everywhere and we could taste the salt in the air.”

That day, Majeed realised that his village was no longer a safe place for his family. Scavenging what they could, he and his family migrated to another village. He was followed by his neighbours, with the rest of the village following close behind.

When the rivers dry up

According to environmentalists and residents of the area, who speak on the basis of conventional knowledge, the main reason for the sea’s intrusion is the decline in flow of river water. This is exacerbated by dams, which cause the water level to drop further.

Residents believe that the government only builds dams for political point-scoring, nothing else. They also decry the unequal distribution of water, in line with the 1991 Water Accord.

There are 12 barrages in the Indus eco-region. The Indus river does not drain directly into the Arabian Sea; instead, it branches off into 17 creeks.

For the coastal region of Sindh, the water is drawn from Kotri Barrage, the lowest barrage on the river, and discharged into Keenjhar Lake. For industrial, irrigation and municipal purposes, Sindh and Balochistan receive water from the Hub river. The Hub Dam, around 50 kilometres from Karachi, has a catchment area that extends across the two provinces, covering over 8,000 square kilometres.

The two provinces have an agreement regarding the distribution of water, with as much as 60 per cent of the flow diverted to Sindh while the remainder runs to Lasbela Canal in Balochistan. But the distribution of the water has caused the sea to intrude into the creeks.

According to S Ahmed, a researcher, the amount of river water that used to drain into the sea significantly decreased between 1998 and 2004. The annual flow downstream of Kotri Barrage fell from 77.3 million acre-feet to 39.2 million acre-feet.

The consequences for the Indus Delta and its inhabitants in districts such as Thatta, Badin and Hyderabad have been devastating, as the seawater takes over agricultural land and destroys the fields. The intrusion by the sea also leaves the groundwater unfit to drink.

Majeed, forced to move to a third village, is barely making ends meet. While a few of his neighbours were able to shift from fishing to livestock and agriculture for their source of income, he has not been as lucky.

“My father used to work for the revenue department,” he explains. “We had land before, but now they are gone. We had lush fields of wheat and rice – they are all gone.” As a result, he is struggling to feed and educate his five children. 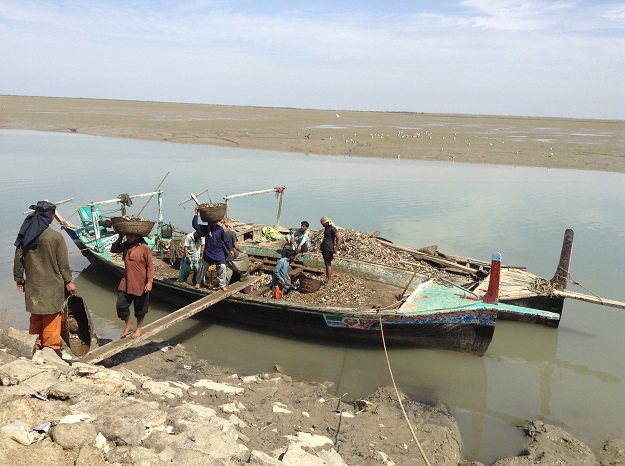 Now, he is struggling to make an income from fishing. “Sometimes it is there, sometimes it’s not. We catch it when we catch it, and if we don’t, we go hungry. Without any other business, it is difficult to get by,” he says. For him, and those around him, being jobless is the biggest issue – three out of four in the village are unemployed, according to him.

Majeed is still thankful to politicians like the late Pakistan Peoples Party leader Benazir Bhutto, claiming that it was because of her that they had received basic facilities such as electricity. But his worries about his future remain.

Sindh turns out to express solidarity with Kashmir