Time running out for 'GOAT' Federer as rivals close in

Time running out for 'GOAT' Federer as rivals close in

Liverp­ool have moved 19 points clear at the top with their 23rd victor­y from 24 league games this season­
By AFP
Published: January 31, 2020
Tweet Email 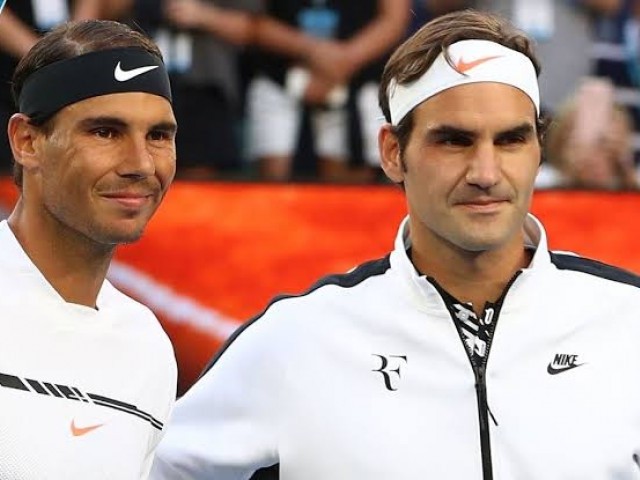 Rafael Nadal stands on 19 Grand Slam titles and is the favourite to reach 20 at the French Open in May-June. PHOTO: AFP

MELBOURNE: Roger Federer’s fans call him the Greatest Of All Time but after defeat at the Australian Open his hold on the men’s record for career Grand Slam titles is growing ever weaker.

When Federer walked gingerly off Rod Laver Arena on Thursday after his injury-hit semi-final loss to Novak Djokovic, he will have been acutely aware that at 38 time is running out to add to his 20 Major wins.

Rafael Nadal, 33, stands on 19 Grand Slam titles and is the favourite to reach 20 at the French Open in May-June — a tournament where he has only lost three times.

Djokovic, 32, has 16 Major trophies and is going for an eighth Australian Open title on Sunday. He shows no signs of slowing down after winning four Grand Slams in the past two years.

Federer will be closing on his 39th birthday by the time Roland Garros and Wimbledon roll around — nearly two years older than Ken Rosewall when he became the oldest Grand Slam champion at 37 at the 1972 Australian Open.

So while Federer may still wield the sweetest backhand in the game, in the fullness of time it could be his elegant style rather than his record that sets him apart from his peers.

However, the Swiss is not going without a fight and as the years advance, his resilience, if anything, is increasing.

Federer pulled off two breathtaking escapes in the earlier rounds in Melbourne. He was two points from defeat to John Millman and saved seven match points against Tennys Sandgren in the quarter-finals.

After a groin strain in the Sandgren match, rumours swirled that Federer may not even take the court against Djokovic. He admitted that by playing he was risking the first retirement in his 1,513-match career.

“Nice entrance, nice send-off, and in between is one to forget because you know you have a three percent chance to win.”

Djokovic is well aware of Federer’s endurance after their five-hour epic of a Wimbledon final last year when the Swiss held two match points before going down in a marathon fifth set.

“It’s an amazing fact that he has never retired from a match, not a single match, throughout his career. Huge respect for that,” said Djokovic.

Federer is not about to retire from the sport either, although he knows injuries could make the decision for him.

“You never know what the future holds. But especially my age, you don’t know,” he said, when asked if he would be back in Melbourne next year.

“I’m confident. I’m happy how I’m feeling, to be honest. I got through a good, nice training block. No plans to retire.”

Urging him on is the feeling that even as he edges towards 40, he is still capable of wringing more Grand Slam titles out of his ageing body.

“Yes, I do believe that,” he said, when asked if he still thought he could win multiple Majors.

“I think by having the year that I had last year, also with what I have in my game, how I’m playing, I do feel that, yeah.”

Klopp plays down record-breaking Reds as title looms near